Indian Gods, Made In China 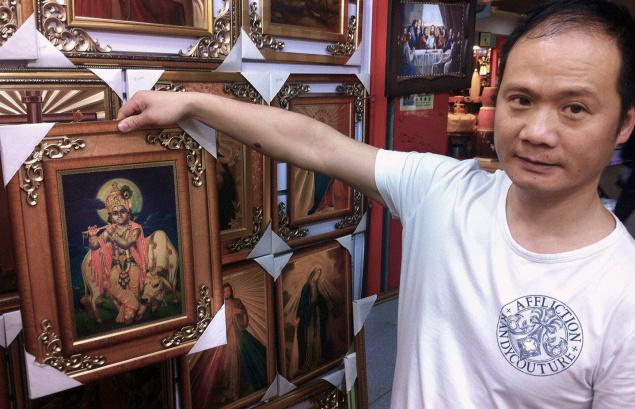 Mr. Zhao’s shop, the Zhejiang Yiwu Yijie Crafts company, displays from its walls images one would not expect to find in officially atheist China: on one corner is a collection of beautifully rendered images of the god Krishna as a child. There are, on the shop’s walls, framed photographs of half a dozen gods and goddesses from the Hindu pantheon: images of Ganesha, Hanuman and Saraswathi on a lotus.

[…] Mr. Zhang was one of the earliest producers of images of Hindu gods. Today, he estimates, there are between 30 and 40 companies in China doing the same, even as they struggle to stay competitive as wages across China rise year after year. “Many of the new factories offer poor quality, but the Indian customers are very price sensitive so business is down,” he said. [Source]