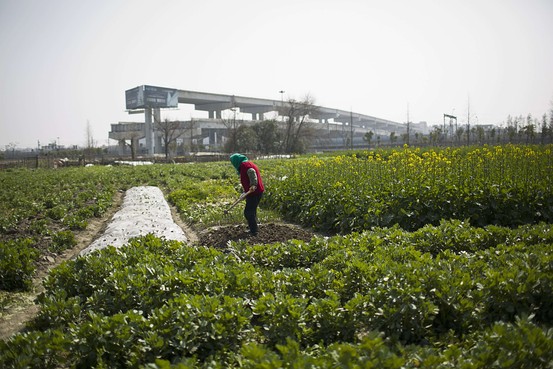 In late March in Pingdu, Shandong Province, arsonists believed to have been hired by a village leader and the boss of a construction company set fire to a tent. Inside slept four farmers who were there protesting against the seizure of their land; one farmer died, and two others were seriously injured. Coverage of this story, one that represents a growing trend of unrest in rural China over local government land grabs, was quickly ordered off-limits by a central government censorship directive. In an article published by the Wall Street Journal, Chinese legal scholar Stanley Lubman notes that censorship does little to settle the systemic problem that leads to situations like the one in Pingdu:

Local governments continue to seek income from land transfers because central government funding doesn’t cover their needs. Village residents do not own the land, and they have only the right to farm it for a term of 30 years. When village leaders sell farmland, very often the farmers, who lose the use of their plots, are not properly compensated.

[…] Protests over land grabs have multiplied in recent years:  In one recent survey by rural-development institute Landesa, 43% of villagers said that local officials had taken or tried to take their land, and that on the average government payments to farmers were less than 3% of the market value of the land. It is no wonder that conflicts over land constituted more than 20% of the so-called “mass conflicts” in 2012.

[…] The problem is compounded by the fast pace of urbanization. As the value of rural land increases, developers have become increasingly interested in purchasing village-owned land—and, as one Wall Street Journal story put it recently, local governments are “growing ever more addicted” to revenues from land sales. A report issued by the Ministry of Land and Resources states that local government land sales in 2013 raised 4.2 billion yuan ($682 billion), a 56% increase over last year.

The Chinese Communist Party has long been aware of the basic problem resulting from the limited rights of farmers over the property on which their livelihood depends.  At a major conclave in November, Party leaders promised that  “farmers will be given more property rights,” and in January the Central Committee of the Party and the State Council issued a document on rural policy that stated that farmers will be allowed “to transfer or mortgage” land which they farm under contract with their villages to “farms, rural cooperatives and agricultural enterprises.” The farmers would remain the legal “owners,” according to official media reports. […] [Source]

Read more about planned reforms that could strengthen land rights, land disputes, and urbanization in China, via CDT.