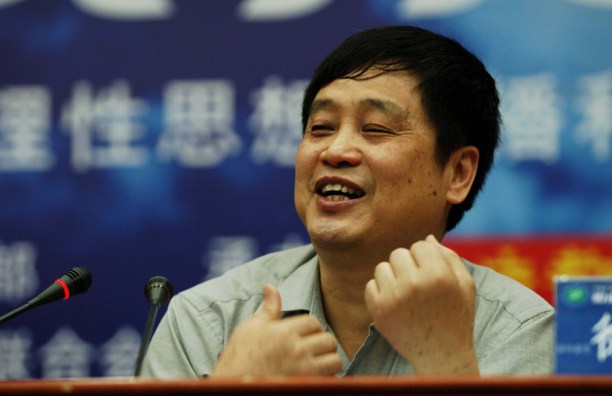 China Change has posted an adaptation of a 2011 essay by liberal scholar and Charter 08 signatory Xu Youyu. Xu recalls his brushes with the police over the years, accusing them of shamelessly overstepping their legal authority, “making a mockery of the Constitution and poisoning the social atmosphere.” “Every Chinese who is violated by the police,” he concludes, “is engaged in a struggle for his own rights, for the dignity of his country and for the honor of his people.”

Among his reflections is a passage on the tightening of controls during sensitive periods. Xu was among several figures criminally detained last week after attending a seminar on the approaching 25th anniversary of the 1989 June 4th crackdown.

Anyone who experienced the period from the 1950s to the 1970s in China knows that back then, whenever a major festival or national event approached, the police (in the rural areas it was usually the Party secretary or head of the People’s Militia or other person personifying “dictatorial power”) would gather up all local “Five-Category Elements” (landlords, rich peasants, counterrevolutionaries, bad elements and Rightists) for a lecture in which they were warned to “behave themselves and not speak or act rashly,” because “the iron fist of the proletarian dictatorship was devastating,” and they should “harbor no vain hopes of indulging in mischief during the celebratory period!” This tradition continued until the early 1980s, by which time “class struggle” and “dictatorship theory” were no longer the loci of China’s political life.

It was infuriating that the police had resurrected this discarded method – on certain days warning or “having a friendly word” with “bad eggs” and “undesirable elements” – and were applying it to liberal intellectuals. [Source]

See more by and about Xu Youyu via CDT,

including a translation of a text Xu presented at a seminar marking the 20th anniversary of the 1989 protest movement, From 1989 to 2009: 20 Years of Evolution in Chinese Thought.