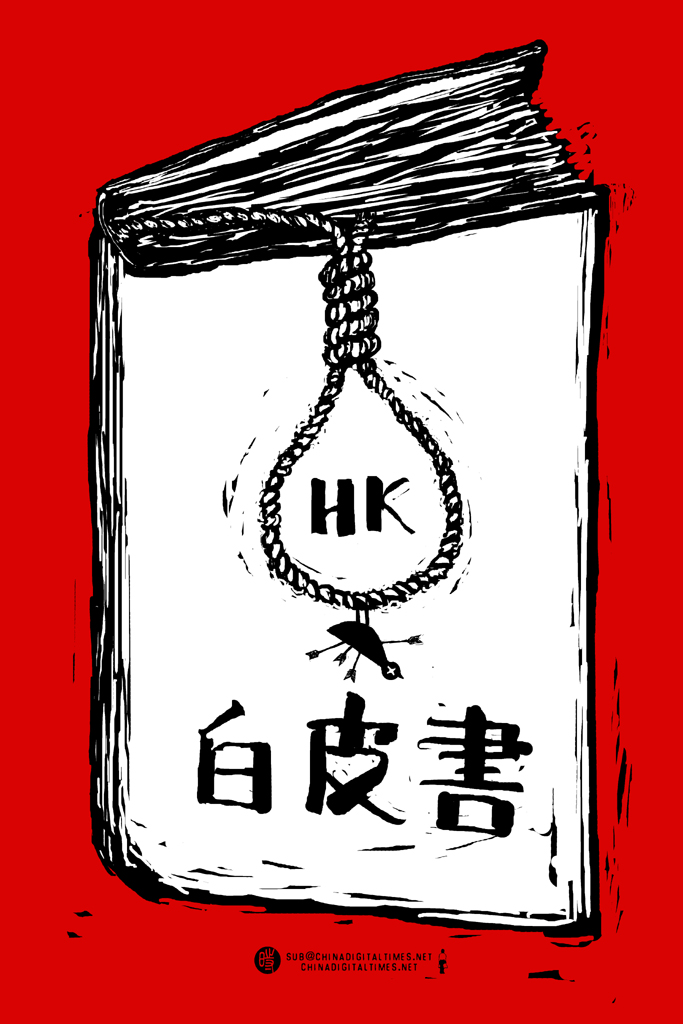 For his latest cartoon, Badiucao comments on the just-released official white paper on Hong Kong, in which Beijing authorities reassert their control over the territory. The white paper was released as Occupy Central protesters are preparing to hold a referendum on electoral reform for the 2017 election of chief executive. From the South China Morning Post:

Beijing reminded the public that Hong Kong was just “one of the local administrative regions” and it was the central government’s prerogative to oversee how it runs local affairs.

“The high degree of autonomy enjoyed by Hong Kong is subject to the central government’s authorisation. There is no such thing called ‘residual power’ for the special administrative region,” it said.

It also warned against “outside forces” using the city to interfere in China’s domestic affairs.

Chief Executive Leung Chun-ying said the white paper was in line with the Basic Law.

“The white paper looks forward to how this principle [one country, two systems] could further be implemented to the benefit of both Hong Kong and the country,” he said.

Badiucao depicts the cover of the white paper, with a logo used by Occupy Central protesters reinterpreted as a noose:

White Paper, by Badiucao for CDT: