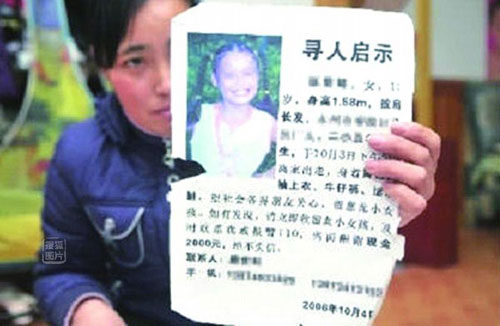 Republish “Review of Death Sentence Given to Zhou Junhui and Qin Xing for Forced Prostitution” and related authoritative information, but do not hype the article. The media must not continue follow-up reporting. (June 12, 2014)

The Supreme People’s Court has overturned the death sentences for two convicted of forcing a young girl into prositution in 2006. Tang Hui, the mother of the girl, will seek retrial, according to the lawyer Si Weijing (not her lawyer in this case).

The article mentioned in the propaganda directive is available on BBS forum Tianya [Chinese]. It was apparently published in the Legal Daily, although a search for the headline on the Legal Daily’s website returns no results. Searches for “Tang Hui,” “Zhou Junhui,” “Qin Xing,” and “forced prostitution” have no results on the site, either.