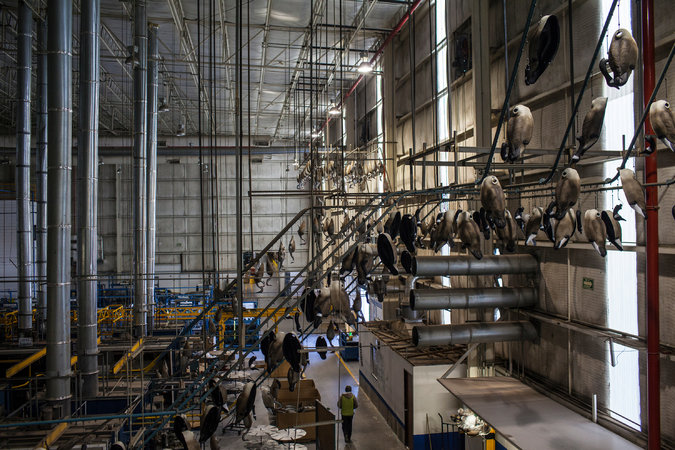 Damien Cave at The New York Times reports that some U.S. companies are finding convenience in “cutting back in China” and going to Mexico instead:

With labor costs rising rapidly in China, American manufacturers of all sizes are looking south to Mexico with what economists describe as an eagerness not seen since the early years of the North American Free Trade Agreement in the 1990s. From border cities like Tijuana to the central plains where new factories are filling farmland, Mexican workers are increasingly in demand.

American trade with Mexico has grown by nearly 30 percent since 2010, to $507 billion annually, and foreign direct investment in Mexico last year hit a record $35 billion. Over the past few years, manufactured goods from Mexico have claimed a larger share of the American import market, reaching a high of about 14 percent, according to  the International Monetary Fund, while China’s share has declined.

“When you have the wages in China doubling every few years, it changes the whole calculus,” said Christopher Wilson, an economics scholar at the Mexico Institute of the Woodrow Wilson International Center for Scholars in Washington. “Mexico has become the most competitive place to manufacture goods for the North American market, for sure, and it’s also become the most cost-competitive place to manufacture some goods for all over the world.”

Many American companies are expanding in Mexico — including well-known brands like Caterpillar, Chrysler, Stanley Black & Decker and Callaway Golf — adding billions of dollars in investment and helping to drive the economic integration that President Obama and President Enrique Peña Nieto have both described as vital to growth. [Source]

See also a China vs. Mexico breakdown for U.S businesses at J.P. Morgan.