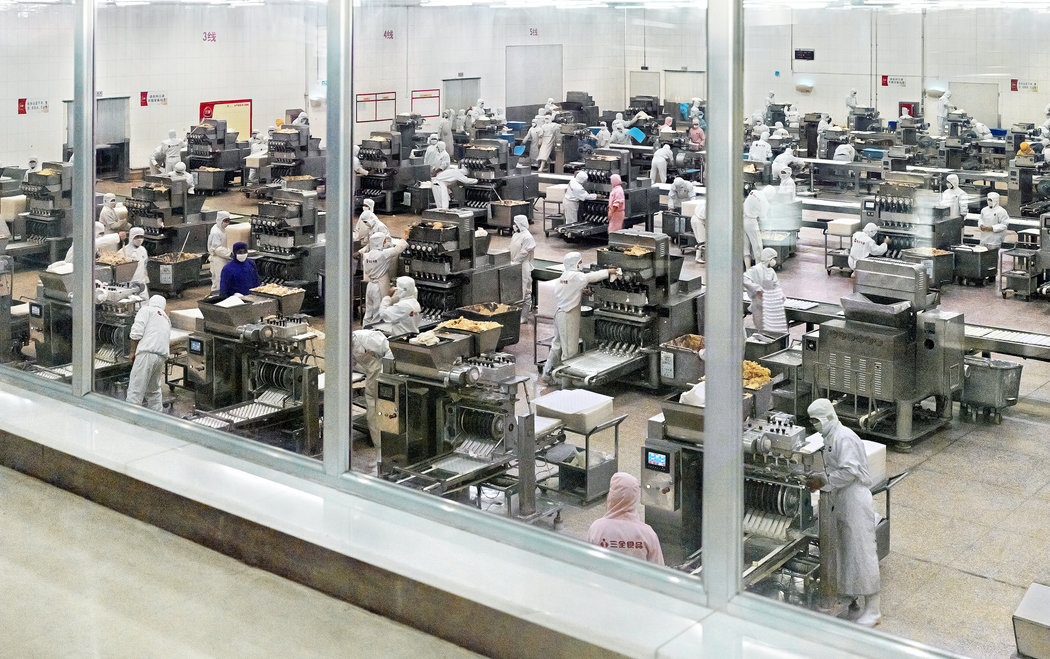 As China faces the latest in a long line of food safety scandals, Nicola Twilley writes at The New York Times Magazine about the booming refrigeration of the country’s food supply chain—a phenomenon with surprisingly broad implications ranging from Chinese cuisine and public health to food security and greenhouse gas emissions.

Chen, who is 72, never planned on being a dumpling mogul. Like almost everyone who came of age during the Cultural Revolution, he didn’t get to choose his profession. He was a “gadget guy” during his high-school years. “I liked building circuits and crystal radios and that sort of thing,” he told me. “I applied to university to study semiconductor electronics.” But the state decided that Chen should become a surgeon, and so he dutifully completed his studies and amused himself in his free time by learning how to cook: He made Sichuan pickles, kung pao chicken and, of course, dumplings. Even after he became vice president of the Second People’s Hospital in Zhengzhou, a provincial city about halfway between Shanghai and Beijing, Chen remained bored with his day job. “I didn’t have enough to keep me busy,” he said, blinking earnestly, hands steepled beneath his chin. “I would wander round inspecting the building, and I had meetings, but I felt as if I spent most of my time reading the newspaper and drinking tea.” He engaged in lots of Rube Goldberg-like tinkering: jury-rigging the hospital’s aging equipment, fixing his neighbors’ radios and even building Zhengzhou’s first washing machine. And he cooked. For decades, his lunar New Year gifts of homemade glutinous rice balls were legendary among friends and neighbors.

[…] Using mechanical parts harvested from the hospital junk pile, Chen built a two-stage freezer that chilled his glutinous rice balls one by one, quickly enough that large ice crystals didn’t form inside the filling and ruin the texture. His first patent covered a production process for the balls themselves; a second was for the packaging that would protect them from freezer burn. Soon enough, Chen realized that both innovations could be applied to pot stickers, too. And so in 1992, against the advice of his entire family, Chen, then 50, quit his hospital job, rented a small former print shop and started China’s first frozen-food business. He named his fledgling dumpling company Sanquan, which is short for the “Third Plenary Session of the 11th Central Committee of the Communist Party of China” — the 1978 gathering that marked the country’s first steps toward the open market. [Source]

See more on the current meat scandal, its context and causes from The New York Times, Wall Street Journal, and Financial Times.

Update: At her Edible Geography blog, Twilley expands on the article with a photo- and video-laden tour of “Ten Landmarks of the Chinese Cryosphere,” from factories to warehouses, including the fiercely traditionalist Hangzhou restaurant where the Times piece ends.

The freshest fish I ate in China […] was at a restaurant called Longjing Caoting, in Hangzhou. Dai Jianjun, its chef-owner, serves a “prelapsarian Chinese cuisine,” to borrow Fuchsia Dunlop’s description from her wonderful New Yorker article about the place. Everything I ate had been pickled, dried, preserved in-house, or freshly foraged that day.

Dai’s depth of knowledge about traditional Chinese flavours — he can and did talk for hours about the importance of orientation and bamboo-rod spacing when wind-drying sausages, or the under-appreciated difference between small-leaf and large-leaf pickles — is only matched by his dislike for all things modern. “City food gives me the shits,” he said, before quoting two ancient Chinese philosophers to explain that agriculture had first gone wrong by harnessing oxen to the plough, rather than relying on manpower alone.

[…] As Fuchsia Dunlop puts it, “Dai’s main worry is that traditional farming and cooking won’t survive another generation.” [Source]