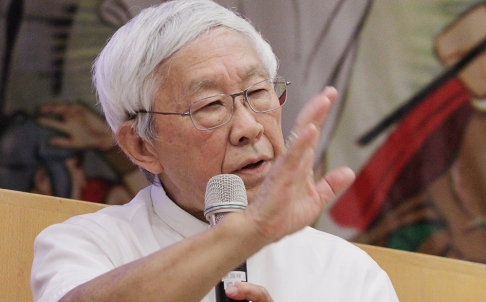 As Sino-Vatican relations thaw despite fears of a campaign against churches in Zhejiang, Hong Kong cardinal Joseph Zen has warned Pope Francis not to visit China, saying he would be “manipulated.” Zen made the comments in an interview with Italy’s Corriere della Sera newspaper. From Patrick Boehler at South China Morning Post:

“The few courageous [Catholics] could not meet [the Pope], and the Communist Party would show him the illegitimate bishops, including the three excommunicated ones,” the 82-year-old said in the interview.

[…] A close Western observer of the Vatican’s ties with China said he was convinced Francis was eager to visit China. For many years, the Vatican has indicated that it wanted to move its nunciature (diplomatic mission of the Holy See) from Taiwan to the mainland, the Jesuit China scholar said, speaking on condition of anonymity.

He cautioned, however, that Beijing might be hesitant to receive the current pope. “Given that Francis has also been outspoken on issues of corruption and the treatment of the poor, one could see China being very wary of allowing him a microphone.” [Source]

Zen also commented on events in Hong Kong, calling the high turnout in an unofficial democracy referendum last week “half a miracle.”