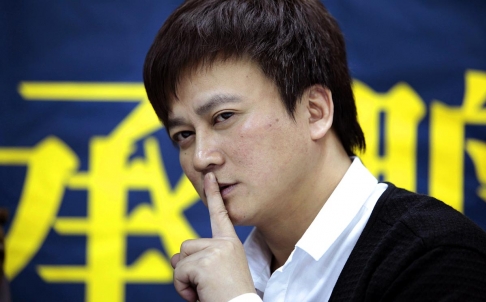 As of March this year, social and political commentator Li Chengpeng’s Sina blog had received more than 342 million visits, while his Sina Weibo account had over 7.4 million followers. This week, Patrick Boehler reports at South China Morning Post, both were suspended:

The 45-year old television celebrity and author of best-selling books has over the last years shifted from commenting on soccer to talking about politics, not shying away from controversial social issues such as the death penalty, corruption and violent urban law enforcers.

[…] Li could not be reached for comment on the phone or through text messages. Li is tailed by state security minders, who at times in the past have instructed him not to comment publicly, he told the South China Morning Post last year.

[…] Many of those who commented on Li’s online disappearance shared the purported full text of a speech Li gave a Peking University.

“I am not a man in pursuit of politics, I only pursue the rights I deserve, the right to speak and the right to write,” he said. “I hope that this nation has only temporarily lost its speech.” [Source]

Read more by and about Li via CDT.