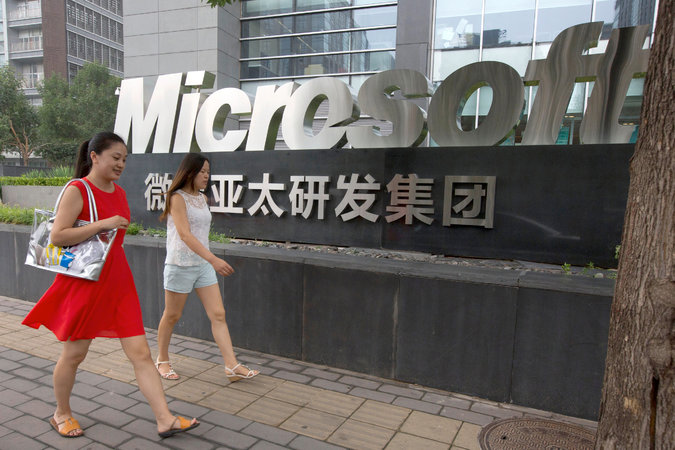 The latest spate of anti-monopoly investigations in China, which has resulted in multiple office raids at the China branches of multinationals including Audi and Microsoft, is generating considerable alarm amongst foreign companies operating in the country. The New York Times’ Neil Gough, Chris Buckley and Nick Wingfield report:

The swoop on Microsoft stood out for its scale, but it was just one of dozens of similar actions across China recently that have set off alarm in boardrooms across the globe. Chinese regulators appear to be energetically expanding enforcement of the antimonopoly law, and foreign companies fear that they could become easy targets for officials from an array of competing agencies and local governments aiming to impress President Xi Jinping, the Communist Party leader who has promoted visions of patriotic resurgence and technological pre-eminence.

[…] Foreign companies worry that the investigations could represent the rise of a newer, subtler form of protectionism, one cloaked in regulatory impartiality but intended primarily to promote Chinese companies, especially the big, powerful state-owned companies. The government contends that it is using the antimonopoly law, first established in 2008, to protect the interests of consumers against price gouging and other abuses.

[…] Analysts say foreign companies may be relatively more vulnerable to investigation because they generally lack the deep networks of political patronage that prevail in many sectors of China’s economy, particularly those like energy and finance that remain state-dominated. [Source]

While Chinese authorities insist that the anti-trust laws are applied impartially to both domestic and foreign firms, foreign multinationals appear to be the primary targets of recent activities. Lily Kuo at Quartz reports:

In the last year and a half, Chinese regulators have been more active than in the previous four years combined, under anti-trust law laws that were established in 2008. Firms can be fined up to 10% of their annual revenue, but they usually opt to settle with authorities rather than face a losing battle in court. Though domestic firms from state-owned China Unicom, China Telecom, to the liquor maker Maotai, have also been fined, it is the probes of foreign firms that have received the most attention, both at home and abroad.

“To really know, one would need to look at whether these companies really do have the power to engage in monopoly pricing…but it does feel like the government is going after foreign companies to use them as examples on pricing,” Dan Harris, a China legal specialist and founder of the Seattle-based international law firm, Harris & Moure, told Quartz. “China has really just begun to use its anti-monopoly laws and so it remains to be seen how far the government will go with this, and most importantly, what sorts of responses from foreign companies can work.” [Source]

Meanwhile, Vendigital’s Roy Williams writes at The Financial Times that the investigations are not meant to drive foreign firms out, but to send the message that they must contribute to China’s long-term economic growth in addition to seeking profits:

Simply put, if China doesn’t feel it is learning from a business, or a business is just exploiting an advantage it has, it will gently or abruptly stop it (for example with import tariffs or corruption investigations, or more subtly with changes to joint venture ownerships, ease of doing business, or taxation).

Businesses that are providing Chinese people with an opportunity to learn how to manufacture premium parts for the automotive or aerospace industries, for example, or gain knowledge of innovative technologies, will be more welcome and accommodated.

Once this degree of market control is understood, Western businesses will realise that any business opportunity in China comes with strings and a time window attached – it may last five or ten years, or possibly longer, but it will be finite without evolution. If businesses become too big, they tend to be brought firmly under state control, or managed so as not to get too powerful or influential. [Source]

David Hoffman, vice president and managing director of The Conference Board China Center for Economics and Business, spoke with The New York Times about the foreign-focused anti-monopoly investigations.

A.It’s funny that no one is looking at this from the perspective of what would actually constitute a monopoly situation. If you look at the case of the milk powder companies a year ago, there are several dozen players in China, none with share so significant as to have market power. I think 10 of them were accused of monopoly pricing behavior, and six eventually got fined. There arguably aren’t monopoly pricing conditions, de facto, if you’re talking about 10 competitors.

Q.So how are we to understand these allegations?

A.Sticking to observable realities and the facts, my main remark would be: Do any of the accused actually enjoy monopoly-level market-share positions to the extent they would have the pricing power to overcharge to generate supra-normal profits? This certainly doesn’t appear to be the case. The accused, in fact, have relatively minor shares in quite fragmented markets. Consumers thus have ample alternatives, it seems to me, to vote with their patronage if they are unhappy about pricing. I said the same about the alleged grievances regarding Starbucks’s pricing a year ago. There were and are still lots and lots of places Chinese consumers can buy coffee if they feel overcharged by Starbucks. [Source]