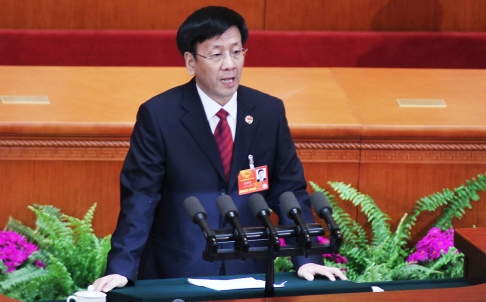 Taking strict precautions against such mistakes “is the fundamental requirement for the political and judicial bodies [such as procuratorate and courts]”, said Cao, Procurator-General of the Supreme People’s Procuratorate, according to a report in the influential news magazine Caixin.

[…] Cao said wrongful convictions in recent years could be blamed on the biased mindset of some judiciary officials.

Problems included people’s presumption of guilty, excessive emphasis on testimonies, and more importance being placed on evidence to find someone guilty rather than to find someone innocent, Cao said.

“Illegal evidence should be excluded by law and for uncertain cases [and] we should stick with presumption of innocence,” he was quoted as saying. [Source]

Cao noted the case of Zhang Gaoping and Zhang Hui, who were acquitted last year after being convicted of rape and murder in 2004 based on forced confessions. More recently, Nian Bin was sentenced to death for murder in repeated retrials until his acquittal last week. This week Nian’s family called for an official investigation. From SCMP’s Echo Hui:

Nian Bin, a 38-year-old hawker, was arrested for the murder of two children with rat poison in 2006 in Fujian province. He supposedly pleaded guilty, but after he was convicted in 2008 by the Fuzhou Intermediate Court, he appealed, claiming police had tortured him into confessing.

[…] From a legal perspective, executing an innocent is not uncommon on the mainland. Last year, Supreme People’s Court executive vice-president Shen Deyong urged an end to wrongful convictions after high-profile cases were overturned in high courts in Henan, Zhejiang and Fujian.

China has already announced some reforms to boost judicial independence, but observers are skeptical about these and other rule of law initiatives.