Minitrue: No Beards on Xinjiang Buses 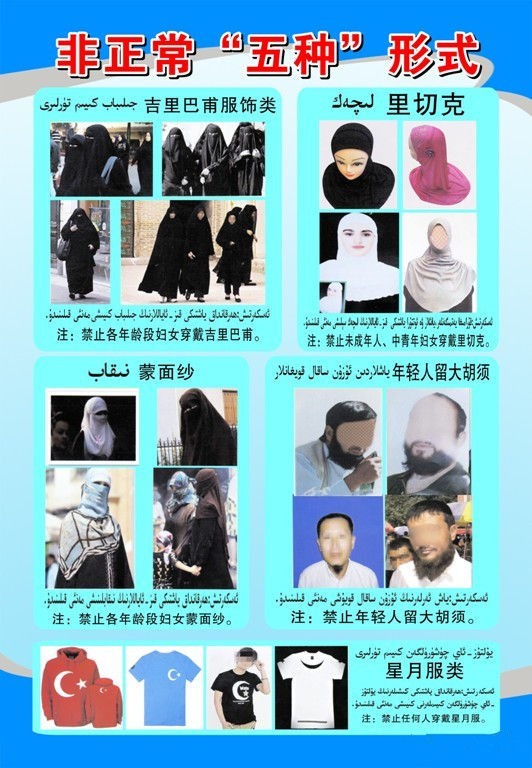 Do not hype the report “Karamay, Xinjiang: Five Types of People Prohibited from Public Transportation, Including Those with Long Beards.” (August 5, 2014) Wrapped up in anti-terrorist efforts in Xinjiang, bus passengers in Karamay are now also banned from wearing burkas, veils, head scarves, and clothing featuring the crescent moon and five-pointed star, a symbol of East Turkestan independence. The Karamay Daily reports on the ban [Chinese].

Bus commuters in the capital, Urumqi, now face restrictions like those for air travel. At the Los Angeles Times, Barbara Demick reports on the “fashion police” in the far western city of Kashgar:

Black-clad, helmet-wearing paramilitary forces were seen in several locations in recent days, stopping Uighur men to check their IDs and scroll through the playlists of their phones. As for women, they are targeted by the Communist Party’s version of the fashion police. Under a local initiative known as Project Beauty, guards at mobile checkpoints detain women whose clothing looks too Islamic. [Source]