It’s Not Rape If You Wear a Condom 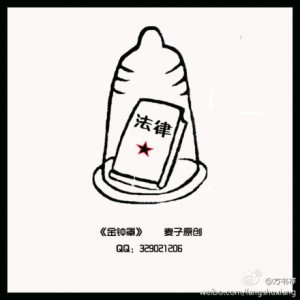 A flimsy rebuttal to a rape charge. In May 2011 Zhou Qin, a 26-year-old middle school teacher in the southwestern province of Guizhou, was invited to a banquet by her school’s principal. At the banquet, Zhou was compelled to toast with the officials in attendance, consuming a quantity of liquor far beyond her level of tolerance. One of the officials present, local Bureau of Land and Resources Chief Wang Zhonggui, is alleged to have raped Zhou while she was intoxicated. Initially, the police refused to classify the incident as rape because evidence suggested that Wang wore a condom. The incident became a widely discussed topic on Weibo, and the term “rape” (强奸) was briefly harmonized on the popular social media network. Approximately two months after the rape occurred, Wang was arrested.

Tags :police,rape,women,word of the week