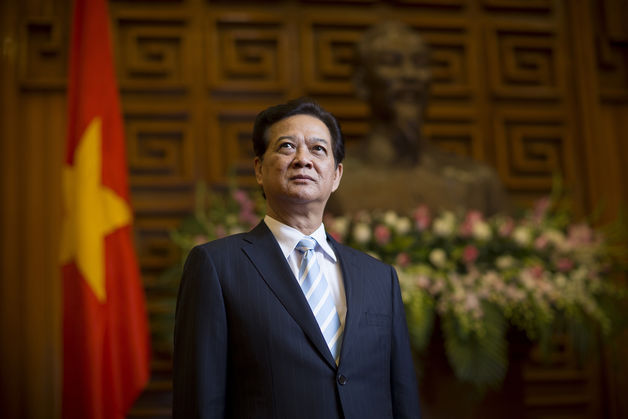 Sixty-one members of the Southeast Asian nation’s Communist Party, including a former ambassador to Beijing, urged in an open letter that the leadership “develop a truly democratic, law-abiding state,” allow for greater freedom of political speech and “escape” from its reliance on China.

[…] “The Party needs to get rid of Marxism-Leninism and get out of China’s orbit,” Chu Hao, former vice minister of science and technology and one of the letter’s three co-authors, said in a phone interview. “It is very high time for the party to make a thorough transformation.”

[…] “If Vietnam were to decide the strategic future of Vietnam requires a political opening to the West akin to what Myanmar has passed through in the past three, four years, a genuine opening up – not full democracy – if Vietnam were to do something like that, it would be an enormous strategic loss for China,” [Rand Corp.’s Scott] Harold said. [Source]