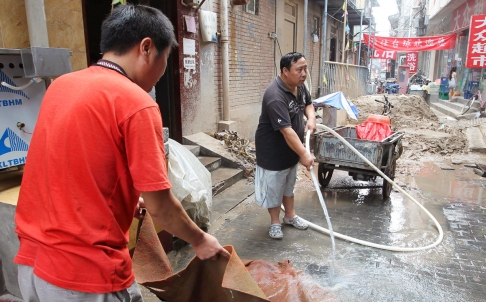 South China Morning Post’s Li Jing reports that residents in parts of Beijing have drilled their own unauthorized wells to supplement the unreliable and polluted municipal water supply.

The risk […] is that these wells could further worsen Beijing’s water crisis. The capital’s underground reserves are so overexploited that groundwater levels have dropped by more than 12 metres since 1999, according to official statistics.

[…] A group of neighbours from the Shuimo community [near Tsinghua University] pooled about 60,000 yuan (HK$76,000) to pay for a drilling crew to tap into underground reserves after repeated interruptions to supplies since July.

[…] Residents said the water shortages began to worsen as more migrant workers moved into the area over the last few years, turning the once quiet village on Beijing’s periphery into a crowded community. [Source]