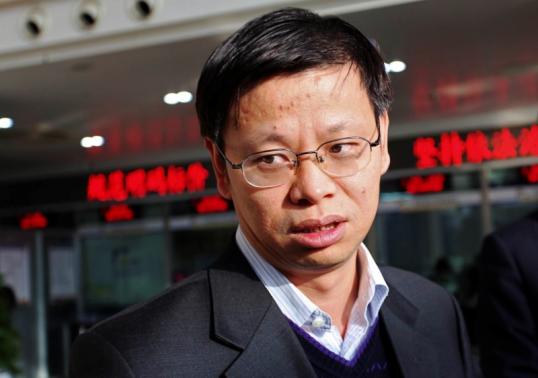 Despite the Chinese state’s vigorous control of Internet use within its borders, its large Internet market has been highly attractive to foreign companies. San Francisco-based CloudFlare—which has been accused in state media of having ties to the CIA—is one of the foreign firms willing to operate according to the Chinese government’s Internet rules in order to obtain access to its lucrative market, Reuters’ Paul Carsten reports:

CloudFlare is joining a long list of companies, from firms that have seen little or no success in China like Yahoo Inc, eBay Inc, Google Inc and Facebook Inc to recent entrants like LinkedIn Corp, for whom China’s pull as the world’s largest internet market by population has been too strong to resist.

CloudFlare is hoping to learn from the lessons of the U.S. tech sector’s fallen soldiers in China. One of these came at the World Economic Forum, where Lu Wei, the director of China’s State Internet Information Office, said Facebook will be unable to access China any time soon, according to state media.

“You have to play a slightly long game if you’re a Western multi-national company in China,” said Mark Spelman, a managing director at Accenture PLC.

“It’s very important to think about which Chinese partners you should be working with, and organisations need to think very carefully about what business model you need in China – it might not be the same as in other countries,” he cautioned. [Source]

Meanwhile, despite Facebook’s claims of Chinese consumers’ enthusiasm for it to enter the country, the social media giant continues to be blocked along with other popular US services such as Youtube and Twitter. From Edmond Lococo at Bloomberg:

“When I’m in China, I often get asked,” Facebook Vice President Vaughan Smith told a conference sponsored by the World Economic Forum in Tianjin, China, yesterday. “They all come to me and say, ‘Hey, when is Facebook going to come to China?’”

Since 2009, Facebook has only been accessible in China through so-called proxy services that sidestep government censors. Without an accessible site, the company is limited to selling marketing services to exporters. Lu Wei, minister of China’s Cyberspace Administration, told state-run media at the forum that Facebook “cannot” win access any time soon.

[…] Other U.S.-based social-network sites, including Google Inc. (GOOG)’s YouTube and that of Twitter Inc. (TWTR), are also blocked. That leaves LinkedIn Corp. (LNKD), which set up a Mandarin-language professional networking site in February, as the biggest U.S. social media company active in China. [Source]

Last week, Lu warned that foreign tech firms are only welcome in China if they take care not “to harm China’s interests, to harm China’s security, or to harm the interests of China’s consumers,” reflecting Beijing’s longstanding suspicion of the industry. Recently, several companies have faced antitrust probes for allegedly breaking the third of these conditions. Reuters’ Michael Martina and Matthew Miller describe the operations of the National Development and Reform Commission (NDRC), one of three government organs responsible for such investigations.

The agency’s aggressive tactics coincide with an increasingly sobering business climate for foreign firms in China. Fears over the ruling Communist Party’s support for domestic firms has prompted some to declare the end of a golden age for foreign business in the world’s second-largest economy.

[…] Lawyers who have faced off against the NDRC say the antitrust bureau uses widespread behind-the-scenes tactics – from personal threats to forced apologies and brow beatings – to enforce China’s 2008 Anti-Monopoly Law.

Xu [Kunlin, the NDRC’s Director General], an outspoken official, denies his investigations are unfair or target foreign companies. His bureau’s actions, however, are “reminiscent of Red Guard tactics,” said a Chinese lawyer who represented a foreign firm in an NDRC probe.

“The lack of due process in these investigations is disturbing. It doesn’t matter if this also is being done with Chinese companies. It doesn’t matter if they bully their own people as well. The use of intimidation violates their own rules and cannot be one of its tools,” said James Zimmerman, a Beijing-based partner at Sheppard Mullin, and a former chairman of the American Chamber of Commerce in China. [Source]