Ministry Says 30% of Chinese Do Not Speak Mandarin 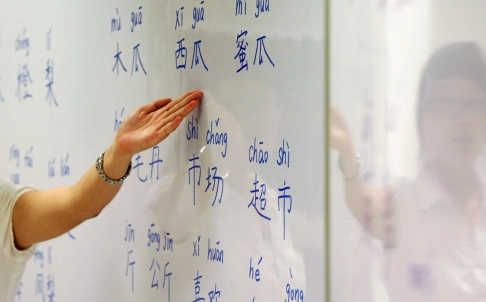 The South China Morning Post reports that, amid an ongoing drive to promote the use of standardized Mandarin Chinese (普通话 putonghua, literally  “common speech”) in a country where over 290 languages are spoken, China’s Ministry of Education has said that 30% of the population cannot speak Mandarin, and only a marginal percentage of those who can speak the official language fluently:

[…] The People’s Republic of China government first established Putonghua as the official language with the aim of easing communication barriers between the country’s diverse cultures and their different dialects. Since that time it has effectively driven the use of Putonghua in classrooms and the civil service, but many citizens still use their local tone in their daily lives.

[…] As part of the effort to promote the official language, advertisements urging the public to use Putonghua have been displayed on radio, television, buses and other public venues recently.

But some of the intense local government campaigns to push Putonghua have been viewed as controversial and have incited discontent in societies that suspect Beijing is intent on eliminating their manner of speaking. [Source]

Based on the dialect long spoken in Beijing, Putonghua became the official state language of the PRC in 1955, and contention has revolved around continued state efforts at its promotion. In 2010, protests erupted in the historically Cantonese speaking region of Guangzhou after Beijing urged local authorities to require Mandarin on local TV broadcasts. In ethnically distinct and restive regions in western China, worry exists that minority languages are being directly targeted by central policies. Last year, a Uyghur linguist’s plan to open Uyghur language schools in Xinjiang was thwarted by a detention for “illegal fundraising”; the marginalization of the Tibetan language is a major grievance contributing to unrest in Tibetan regions of China.