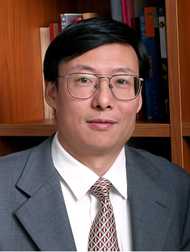 In contrast with the popular “strike harder” tone of Xi Jinping’s campaign against corrupt officials, leading corruption expert Ren Jianming proposes a partial amnesty. This, he argues, would allow government to keep functioning and contain the damage to its reputation as it weans itself off pervasive corruption in which officials have had little choice but to participate.

Hong Kong just drew a line and pardoned everyone who was corrupt before a certain date, but that’s not enough. In China, I think we could draw the line at the 18th Congress, when the leadership changed. Those who became corrupt before that can be pardoned, those afterwards cannot. Second, you have to turn yourself in. Third, consider the circumstances. If the situation is especially serious, for example in Zhou’s case, with economic issues, a corrupt empire, the mafia and moral problems and so on.

[…] My proposal is for a partial amnesty, no legal punishment and you won’t get fired. But you must pay the economic and social costs of your corruption. A corrupt official may only have received bribes one million from an engineering project, but the cost to the state may have been 10 million or more. Well, you’ll have to return it. [Source]

In an article describing historical exemplars of incorruptibility at Caixin, Sheila Melvin noted another approach.

Hai Rui was a Ming Dynasty official renowned for austerity, honesty and bluntness. On one occasion, he sent a memorial to the Jiaqing Emperor telling him that he was cruel, vain, selfish and foolish, and also a failure as a father, husband and ruler. This led to his arrest, but he came back to serve under two more emperors, including Wan Li, to whom he recommended severe penalties for stopping official corruption – the example he offered was that of punishing embezzling officials by killing them, peeling their skin off and then making them into balloons filled with grass for public display. [Source]