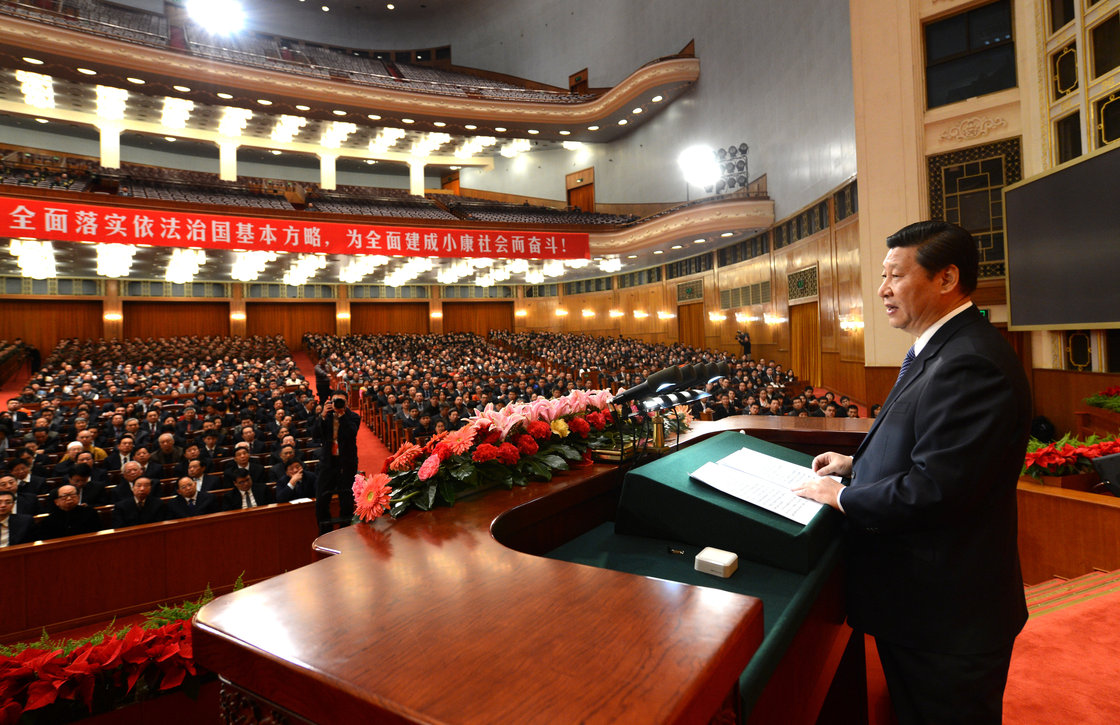 While China’s new president Xi Jinping has disappointed some who hoped for political reform or human rights improvements, he appears to enjoy widespread popular support. Some credit for this may go to a vigorous image-crafting campaign comprising public appearances, interviews, books, articles, photos, videos, and cartoons, but NPR’s Frank Langfitt reports that Xi’s assertiveness at home and abroad have genuinely impressed the public:

“I think this anti-corruption campaign is like a shot of adrenaline to the heart of Chinese society,” says Liu, 32, a salesman, who’s sipping a cup of coffee and smoking Marlboros beneath an umbrella at a Starbucks in downtown Shanghai. “He makes us feel the gap between us and leaders is growing smaller and smaller. The corruption campaign is earth-shaking.”

[…] “In terms of the general public, they think Xi Jinping is a great leader,” says Cheng Li, an expert on Chinese politics at the Brookings Institution, a Washington-based think tank. Li often travels to China and says Xi has struck a nerve by addressing popular concerns.

[…] Gauging public opinion is tricky in this authoritarian state [see comments on this subject from MIT’s Yasheng Huang], but the Pew Research Center’s Global Attitudes Project released a survey last month that found 92 percent of Chinese said they had confidence Xi would do “the right thing in world affairs.” [Source]

Langfitt goes on to describe suspicions that the anti-corruption crusade is a cloak for factional infighting. At Prospect Magazine last week, Helen Gao wrote that doubts about the crackdown’s motives have done little to dampen its public appeal:

[…] After the arrest of each “tiger”—Xi’s metaphor for corrupt senior officials—comes a deluge of praise across social media platforms. Many western observers and Chinese liberals have condemned Xi’s anti-corruption campaign as an attempt to purge his opponents and consolidate power, rather than a genuine effort to increase political transparency. Much of the Chinese public agrees with this assessment. But that has not muted public support for the ongoing crackdowns.

The oil tycoons or military generals may have been toppled because they lost the political tussle, but Xi’s anti-corruption push also assuages public resentment towards the rich and powerful. “The sacked officials deserve no sympathy,” a liberal-minded friend said to me over dinner recently. “Regardless of motives, at least Xi is doing something.” In this respect, Xi is often compared favourably with his bland and ineffectual predecessor, Hu Jintao. [Source]