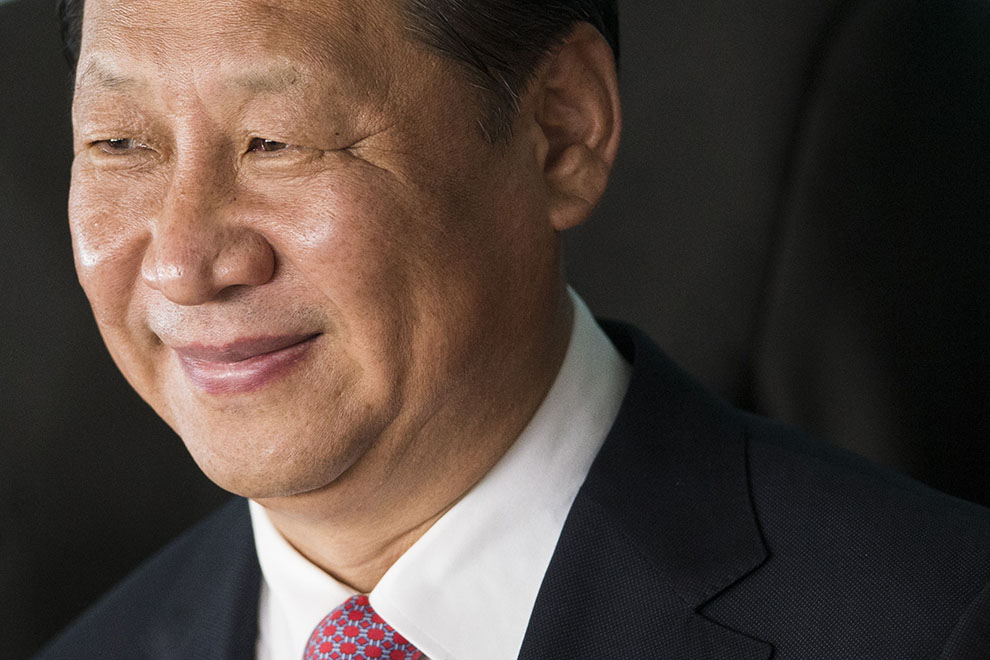 In an extract from his book The New Emperors: Power and the Princelings in China at Inside Story, Kerry Brown argues against the portrayal of Xi Jinping as an all-powerful strongman. Brown singles out Yu Jie’s Xi Jinping: China’s Godfather, whose Hong Kong-based publisher was detained in Shenzhen last October.

The important thing to understand about Xi is that he is at the heart of a leadership that has a collective purpose that arises from the demands of party unity. It is hard to see how else Xi and his team would be able to prosecute the anti-corruption purge that has been going on since early 2013, extending into the heart of some of the key institutions of power in China, from the military to government to the party itself. In this context, the party looks increasingly like the Catholic Church – an organisation that tries to be less a vehicle of specific interests and objectives and more a cultural/social/ideological entity – an entity that demands belief of some sort from its adherents and pursues a broad spiritual vision (in this case, a vision of a “rich, strong, powerful country”).

We shouldn’t underestimate the powers that Xi is exercising, but if we overestimate them then we are also making a mistake. Xi is no Godfather; he is the faithful servant of the party. As long as he continues to be so, his position will be secure. But if ever he tried to assert his own networks and interests over those of the party then there would be no nice protocol about how he would be dealt with. His felling would be as brutal as that meted out to Bo Xilai. This is the great secret of modern China. Individual political leaders are not the key. The institution of the party is. And the people who serve this better are the ones, in the end, who succeed. [Source]

China’s leaders do “prosecut[e] campaigns for their clan and tribal interests,” Brown has written elsewhere, but must balance these objectives with those of the Party as a whole.

Brookings’ Cheng Li and Ryan McElveen, meanwhile, take issue with arguments that Xi’s anti-corruption campaign is primarily driven by factional politics as the next major leadership transition in 2017 nears. They also challenge criticisms that the crackdown is excessive in scale, paralyzing officials and weakening the economy.

In leading the Politburo in a well-publicized purge of Xu Caihou, a former vice chairman of the Central Military Commission who has been accused of selling military positions, Xi affirmed that his anti-corruption campaign is the boldest and most serious that China has ever experienced.

[…] Although the primary leaders of the campaign—namely Xi Jinping and Central Commission for Discipline Inspection Chief Wang Qishan— are both princelings in the faction led by former President Jiang Zemin, their factional association has not been a major driver of the campaign. In fact, the four largest corruption cases (namely Bo Xilai, Liu Zhijun, Xu Caihou and Zhou Yongkang) have all involved heavyweight leaders in the Jiang camp.

Despite having targeted these members of his own camp, it is also unlikely that Xi has strained his relationship with his two main patrons, former President Jiang and former Vice President Zeng Qinghong. Instead, he has most likely made a deal with them. Yet the majority of the prominent members of the Jiang camp, including some who were very close to Bo Xilai, Liu Zhijun and Xu Caihou, still remain in power. [Source]

[…] Cheng Li and Ryan McElveen make a concise case that the highest-profile individuals to fall came from the same Jiang Zemin–oriented network as Xi and Wang Qishan. But what if this is not the salient division, and what if different battle lines have been drawn that aren’t captured by asking who’s loyal to Jiang or Hu Jintao?

A truly comprehensive anti-corruption campaign would have to be much, much bigger than what we’re seeing, so there must be a reason some people are targeted and some are not. Indeed, former Politburo Standing Committee No. 2 Wen Jiabao and Xi himself have been shown to have family members with immense wealth. There are clearly choices made on whom to target, and political analysts clearly don’t know exactly how they’re made. [Source]

Willy Lam suggested at the Jamestown Foundation earlier this month that after taking down the Zhou Yongkang-centered sub-faction, Xi and Wang might turn to confront Hu’s larger power bloc. But as a frustrated Jorge Guajardo commented amid a wave of analysis of last November’s Third Party Plenum, definitive evidence for such scenarios is elusive:

I have said it many times, anyone who claims to understand what is happening in China is simply making it up.

The new narrative for China watchers is that of Xi as the strongman. The fact of the matter is none of us know if it's true or not.

I am not saying Xi is not strongest leader ever. I am only saying we have no way of knowing. Narrative does not always equal reality.