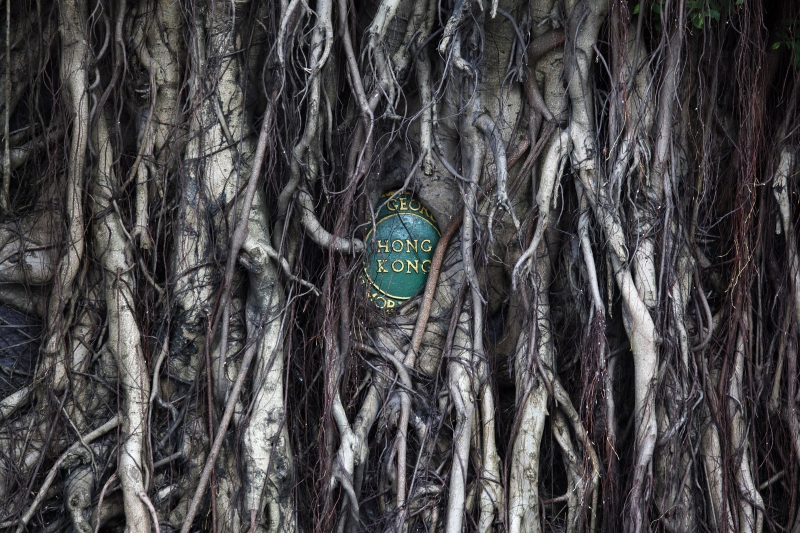 With the 25th anniversary of the 1989 June 4th crackdown still fresh in memory (at least outside mainland China), much coverage of Hong Kong’s Umbrella protests has been shadowed by fear of a similarly harsh response. Voices of some of those involved in the events surrounding Tiananmen have been prominently featured, while others have offered counsel on avoiding the same fate. While the outcome of the protests remains uncertain, any threat of a military response seems to have receded. At Foreign Affairs, in any case, Jeffrey Wasserstrom urges the use of wider and more varied historical lenses for viewing the Umbrella Movement:

In looking at Hong Kong now, as in looking at Tiananmen then, the key is not to find a single analogy that explains the protests and what will happen next. This movement, like that earlier one, has been eclectic in its use of symbols, slogans, and tactics. Observers must keep that in mind and strive to be similarly eclectic in finding comparisons. To fixate on this struggle’s potential to end up as Hong Kong’s “Color Revolution” (used as a shorthand for something that accomplished systemic transformation) or its “Tiananmen” (used as a shorthand for something that ends in a massacre) is as misleading now as putting too much emphasis on American or Soviet bloc analogies was 25 years ago. There are plenty of potential endings in between, outcomes like that of the May Fourth Movement, which did not undo autocratic warlord rule, but did see the dismissal from office of three particularly despised officials.

Although there has been some excellent on-the-ground reporting by journalists who know China and its past well, this time around, much media commentary of the protests in Hong Kong has locked onto the Tiananmen-reborn analogy. This is understandable, given the role that vigils to commemorate the June 4 massacre have played in Hong Kong’s recent history and the way that replicas of the goddess of democracy (a touchstone of the 1989 protests) have popped up across the city. There is a risk, however, in making 1989 too central. That analogy works fine when there is a direct repeat of something that happened in 1989, such as when Beijing tries again to portray peaceful students as following in the footsteps of the Red Guards. But when something new happens, observers are at a loss and look, once more, beyond China’s border for explanation, which helps explain why journalists have made so many references to the Color Revolution, despite the fact that the protesters themselves insist that the analogy is misleading, since they are just asking for Beijing to live up to the One Country, Two Systems promise it made in 1997. [Source]

The Diplomat’s Ankit Panda argues that the 2011 uprising against local officials in Wukan offers a better, if still limited, guide than Tiananmen:

Structurally, the “Umbrella Revolution” in Hong Kong bears several similarities to Wukan–merely on a different scale. Both communities rose up after sensing that the Party had reneged on a prior understanding. In Wukan, there was no community input before the land sale and Hongkongers were stripped of their democratic right to freely stand for election without Beijing’s prior approval. Both communities protested peacefully (with a few exceptions, to be sure). Indeed, the two instances are so similar that Chinese President Xi Jinping reportedly has tapped Wang Yang, the governor of Guangdong during the Wukan protests and currently a vice premier on the politburo, to “remain on standby” to handle the situation in Hong Kong.

[…] I don’t want to oversell the similarities between Wukan 2011 and Hong Kong 2014. One key difference is the extent to which anti-Beijing/Zhongnanhai rhetoric is prevalent in the “Umbrella Revolution.” Anyone following the protests in Hong Kong will have seen slogans condemning Beijing and the Party. In Wukan, there was no question about loyalty to the party — the demands were effectively much narrower. Additionally, as we potentially approach the “resolution phase” in Hong Kong after 13 days of protest, it’s difficult to imagine the protesters satisfying their preferences and interests in the negotiations with the city government the same way Wukan’s residents did. [Source]

Also at Foreign Affairs, John Delury similarly suggests that “1989 is not the only touchstone for Hong Kong’s Umbrella Movement,” but that “the wider web of historical parallels reveals that the kids occupying Central have already won.”

The odds of Beijing reversing its decision on 2017 are very slim. But in the history of student protest in modern China, winning the battle has been less important than fighting for the cause. Modern China’s first student demonstration, spearheaded by two young Cantonese intellectuals (Kang Youwei and Liang Qichao) visiting Beijing to take the civil service examinations in 1895, failed to achieve practical outcomes. The epochal May 4 movement of 1919 likewise had little immediate effect. And of course, student demands for democracy in 1989 were crushed by the tanks that drove them from Tiananmen Square.

Yet no history of modern China is complete without telling the stories of those movements, and strung together, they chart an alternate trajectory for the Chinese nation. There is nothing inevitable about the prospect of self-government in China, and there are no right or wrong tides of history to take comfort in. But neither, as one former Obama administration official argued, is it a “reality” that “Beijing is not going to lose” and that the students’ call for genuine democracy is a mere “pipe dream.” For what history does record are long and hard-fought struggles between competing visions of political life and social order, and the students in Hong Kong have made themselves heard and their vision known. In the past two weeks, they have revived a tradition that goes back not just to 1989 but all the way to 1895 and reaches into the core of modern Chinese identity. Even if theirs is the losing side so far, they are keeping the candle of Chinese democracy lit. [Source]