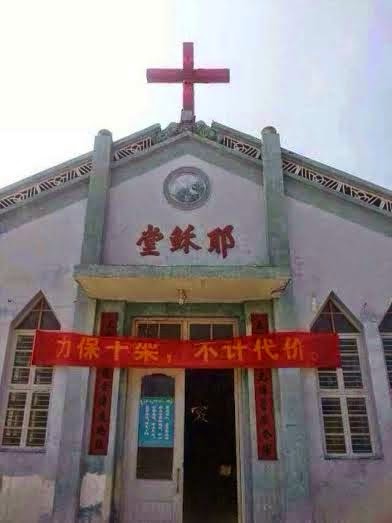 At the New York Times, Austin Ramzy reports that a recent statement from China’s anti-graft agency’s included a direct warning against practicing religion to officials in the eastern province of Zhejiang. Near Wenzhou, Zhejiang—a historically Christian city sometimes referred to as the “Jerusalem of China”—several state-sanctioned churches have been razed over the past year and more have had their crosses removed. A government document leaked in May identified the regulation of “overly popular” forms of worship as a regional policy goal.

The commission [Central Commission for Discipline Inspection] typically releases statements that broadly outline problems it has uncovered, but details emerge only later if cases against prominent officials are pursued. The Zhejiang statement, like those for other provinces, focused on issues of corruption and abuse of power. The mention of religion was brief and made no specific reference to a recent campaign against churches in the Zhejiang city of Wenzhou, which has a large number of Christians as well as Buddhists and Taoists.

“In terms of implementing political discipline, in some places a minority of party members participate in religious activities and believe in religion,” the statement said. It added that individual cadres’ participation in “mass incidents,” meaning large-scale conflicts or protests, had a “vile influence.”

Such warnings about religion have usually been made about Xinjiang and Tibet, two border regions with large ethnic minority populations where the national government faces sometimes-violent resistance to its control. [Source]

Members of the Chinese Communist Party, an officially atheist institution, are often discouraged from practicing religion. While Beijing is cautious of the potential religion has in countering public allegiance to the Party, an official rethink of the Party’s stance on religion is reportedly underway as a public interest in religion booms.