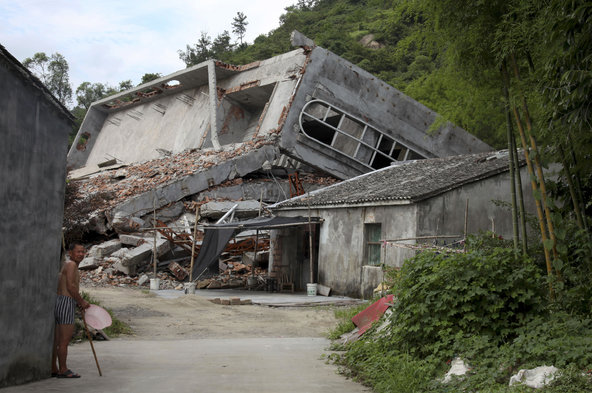 While officials in Zhejiang Province have denied that recent church demolitions and cross removals are part of a crackdown on Christianity, crosses continue to disappear and churches to fall in the province—many of which operate under the state sanctioned Chinese Catholic Patriotic Association and Protestant Three-Self Patriotic Movement. The New York Times reports that, despite continued local government actions interpreted as anti-Christian, there has not yet been an indication of a national level policy on the rapidly growing religion:

At least 150 crosses had been removed by early July, and many churches and local shrines have been pulled down by the provincial authorities, said Philip Wickeri, the adviser to the Anglican archbishop of Hong Kong for theological and historical studies. The provincial Communist Party secretary overseeing the policy, Xia Baolong, is an ally of President Xi Jinping, but there has not been any sign yet of similar campaigns in other provinces, Mr. Wickeri said.

The provincial authorities have said that they are only trying to remove structures that do not comply with local land use regulations, and they have denied that they are engaged in a campaign against religious institutions. But Mr. Wickeri dismissed this explanation, saying that the organized removal of crosses and demolition of places of worship, including in cases where church leaders had previously received local and provincial authorities’ consent, could only be seen in a religious context.

[…] There has been no clear signal yet of whether what is happening in Zhejiang is a provincial-level experiment that might later lead to broader implementation elsewhere, Mr. Wickeri said.

[…] The total number of Christians in China is approaching the number of Communist Party members, of whom there were nearly 87 million by the end of last year, according to the most recent official figures. [Source]

A document leaked in May indicated that regulating “overly popular” forms of worship is a policy  goal in Zhejiang, and last week a pastor who had been vocal in opposing the demolitions was detained. Elsewhere in China, Christians are facing increased pressure as authorities crackdown on charity groups near the North Korean border and foreign missionaries. Zhang Shaojie, the pastor of a Three-Self church in Henan, was sentenced to 12 years in prison in July after playing a role in a land dispute between his church and local authorities.

While no central policy has yet been made clear, Beijing recently announced plans to “continue developing a Christian theology compatible with the country’s path of socialism.”