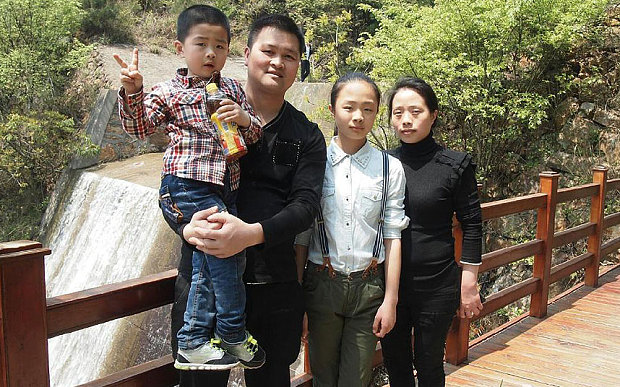 The Telegraph reports on the detention of a Christian pastor who has been vocal in his opposition to church demolitions in Wenzhou, Zhejiang:

A Chinese preacher is facing up to a decade in prison after he was detained on what supporters say are trumped up charges intended to weaken resistance to an ongoing crackdown targeting the country’s rapidly growing Christian community.

Huang Yizi, a Christian pastor from Zhejiang province in eastern China, was taken from his home in the city of Wenzhou by plainclothes police officers on August 2, according to activists.

The 40-year-old, who has been openly critical of an ongoing anti-church demolition campaign, is accused of “gathering to assault a state organ”, a charge lawyers say is often used to silence government critic.

[…] Pastor Huang’s detention is thought to relate to alleged attempts to organise protests against the removal of Salvation Church’s cross, which eventually happened on August 14.

Friends and congregants say Pastor Huang, a father of two who became a preacher at the age of 28, had come under increasing pressure because of his public opposition to the anti-church campaign. […] [Source]

Earlier this month, several were injured in the violent confrontation between police and protesters at Salvation Church. Last month, Zhang Shaojie, the pastor of a state-sanctioned Three-Self Patriotic Movement church in Henan Province, was sentenced to 12 years in prison. China’s growing population of Christians are also seeing increased pressure as authorities crackdown on charity groups near the North Korean border and foreign missionaries. Recently, the State Administration for Religious Affairs announced that Beijing will “continue to promote a Christian theology compatible with the country’s path of socialism.”