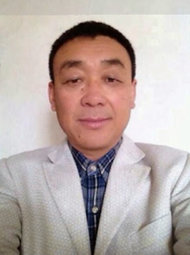 Christian pastor Zhang Shaojie has been sentenced to 12 years in prison for fraud and “gathering a crowd to disrupt social order.” Zhang was arrested last November for his role in a land dispute with the Nanle county government that resulted in the closure of a local Three-Self Patriotic Movement church—the only state-sanctioned Protestant church in the PRC. The New York Times explains the background to Zhang’s arrest and sentencing:

The case began last November, according to the lawyer’s account, when a dispute over land and a dilapidated church led residents of Nanle County, in northern Henan, to travel to Beijing to petition the authorities.

The petitioners were forcibly brought back by the Nanle authorities — a common practice of local officials, who frequently kidnap petitioners, fearing that their complaints would draw negative attention from superiors — and taken to the Nanle County Disciplinary Education Center. A woman in the group suffered heart problems en route back to Nanle and was not given adequate medical attention.

Zhang Shaojie tried to help and was himself arrested in mid-November, the lawyer wrote in his post.

Regarding the charge of fraud, Zhang Xinyun wrote that an alleged financial dispute with two Nanle residents over Zhang Shaojie’s role in securing compensation for the death of their son was in fact over a contract, and that Mr. Zhang had secured a higher amount than expected on behalf of the couple. In return, Mr. Zhang received half of the extra amount, as stipulated in the contract. That did not constitute a crime of fraud, the lawyer wrote.

As for the other charge, “gathering a crowd to disturb public order,” there was “no legal evidence” that the pastor’s services as a mediator between angry citizens and local branches of Agricultural Bank of China, the Nanle Health Department and the China Life Insurance Company could qualify as such a crime, Mr. Zhang wrote. [Source]

Interest in Christianity has surged across China in recent years. Official statistics suggest there are 23 million practitioners, while other surveys suggest there may be three times as many. But as that interest grows, authorities appear to be increasing their efforts to limit their religious activities.

Some of the strategies to limit Christians’ ability to practice their faith have been presented as land disputes, including the May 2014 razing of a massive church in Zhejiang province. But as reported by the New York Times, that demolition was the direct result of a provincial policy decision to limit Christians’ “excessive religious sites” and “overly popular” activities. Severe restrictions on the freedom of religion are already well-known to Tibetan Buddhists and Uighur Muslims.

The Chinese government has multiple objections to religious freedom: authorities dislike organizations outside the immediate control of the party-state, and dislike individuals’ adherence to alternative beliefs. And these play out in an environment in which the government has moved to limit the already narrow space for the freedom of expression, the rule of law, the ability of independent organizations to operate, and the right to a fair trial. [Source]

Zhang’s sentencing came just ahead of the launch of the 6th round of the China-U.S. Strategic and Economic Dialogue, which began Wednesday in Beijing. In a Washington press conference, U.S. State Department spokeswoman Jen Psaki mentioned Zhang, and called on China to observe the freedom of religion as guaranteed by the Chinese constitution (Chapter II, Article 36):

I want to express deep concern by the United States by reports that Zhang Shaojie, pastor of the government-sanctioned Nanle County Christian Church, was convicted July 4th and sentenced to 12 years imprisonment in retaliation for his peaceful advocacy on behalf of his church community. We call on Chinese authorities to release Pastor Zhang and we urge China to cease harassment of his family members and congregants. We call on the Chinese authorities to allow citizens to worship freely in accordance with China’s own laws and its international human rights commitments. Freedom of religion is a critical – is critical to a peaceful, inclusive, stable, and thriving society. [Source]

Though officials have dismissed accusations that Beijing is cracking down on Christianity, a leaked document recently revealed government aims to regulate “overly popular” forms of worship. Near Wenzhou, Zhejiang province—a historically Christian region once known as China’s “Jerusalem,” where today about 15% of the population is Christian—hundreds of churches have been demolished or had their crosses removed, and more are slated to share the same fate. The Guardian notes that the anti-Christian campaign is part of Xi Jinping’s efforts to promote “‘fundamental socialist values” based on ‘traditional Chinese culture'”. In April, a top official called a prediction that China could become the “world’s most Christian nation” by 2030 “unscientific” and “obviously inflated.”