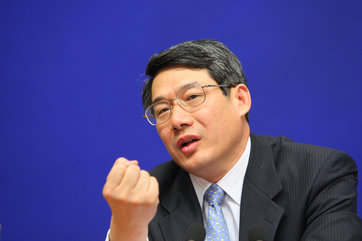 Former deputy head of the National Development and Reform Commission (NDRC) and head of the National Energy Administration Liu Tienan has been sentenced to life in prison on corruption charges. An early high-ranking target of Xi Jinping’s ongoing crackdown on official corruption, Liu was expelled from the Party in August 2013, and pled guilty to charges of taking bribes at his trial in September 2014. The New York Times’ Edward Wong reports:

The court said that Mr. Liu had accepted bribes of nearly $5.8 million over a decade, from 2002 to 2012. The bribes were given to him directly or through his son, Liu Decheng, according to Xinhua.

Mr. Liu was one of the first and most visible targets of the anticorruption campaign begun by President Xi Jinping, who became leader of the Communist Party in November 2012. Mr. Xi has vowed to take down both “tigers” and “flies” — that is, powerful and minor officials. His campaign is allowing him to consolidate power, get rid of his political enemies and bring discipline to the party, whose officials are often derided by ordinary Chinese as corrupt and removed from the realities of society.

[…] Some analysts of Chinese politics say the purge of Mr. Liu could signal preparations by Mr. Xi and other leaders to push forward ambitious economic policies, since the gridlock inside the bureaucracy of the National Development and Reform Commission is believed to be a major obstacle to further liberalizing China’s quasi-command economy.

[…] The public airing of accusations against Mr. Liu began in late 2012. That December, Luo Changping, then a deputy editor at Caijing Magazine, wrote social media posts that accused Mr. Liu of being involved in shadowy business deals and threatening to kill his mistress. Mr. Liu denied the accusations through a spokesman, but his removal from his post the next May vindicated Mr. Luo. [Source]

Liu’s trial has offered a rare glimpse into the amount of power amassed by top officials, especially within the NDRC. The agency sets policy for strategic industries, approves big investments, mergers and acquisitions, and has the authority to influence prices for everything from liquor to gasoline.

The government has also launched a series of probes into the energy sector that has brought down senior officials in the National Energy Administration and state-owned China National Petroleum Corporation. [Source]

Last week, retired security chief and former China National Petroleum executive Zhou Yongkang was officially arrested and expelled from the Party after a long-running probe saw hundreds of his relatives and associates investigated, detained, or arrested. Also see prior coverage of Xi Jinping’s crackdown on Party corruption, via CDT.