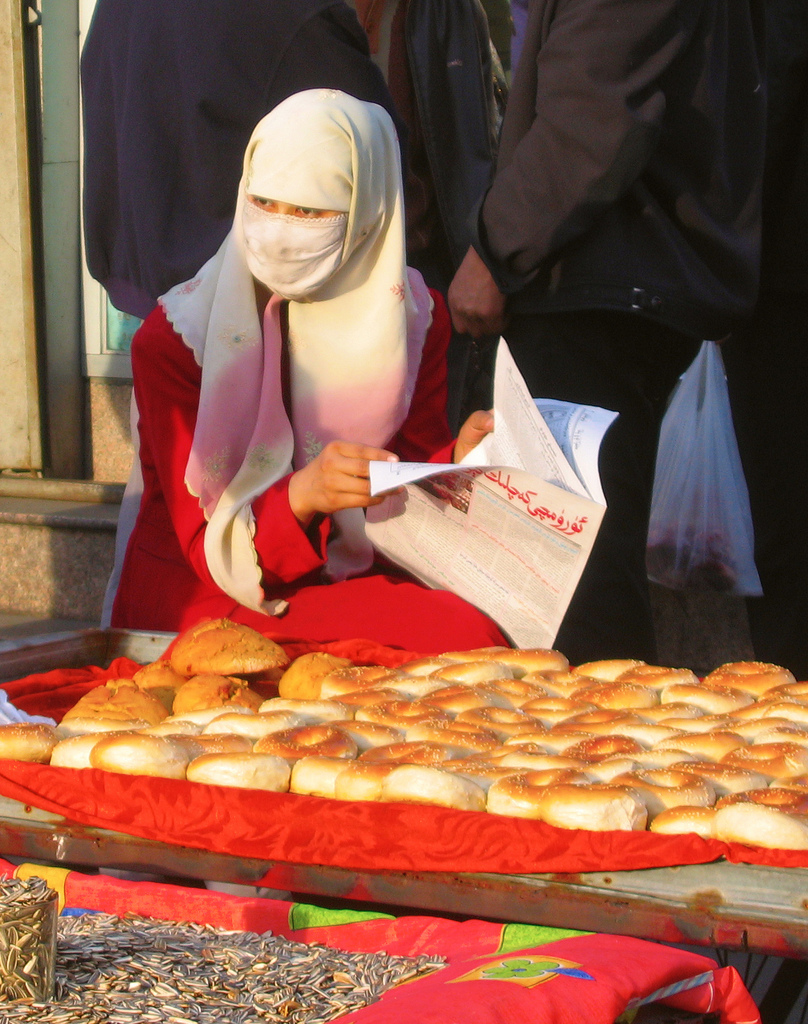 The Urumqi legislature’s standing committee has approved a ban on wearing the veil, which now awaits final approval from the government of the Xinjiang Uyghur Autonomous Region. Scholars of Xinjiang warn that this and other recent restrictions on Islamic clothing and customs, while meant to stem religious extremism, will further marginalize and anger Uyghur Muslims. Sui-Lee Wee reports for Reuters:

Many Xinjiang experts say the outlawing of veils and the heavy-handed enforcement of the rules would further stigmatise the region’s minority Uighurs.

[…]James Leibold, an expert on China’s ethnic policy from Melbourne’s La Trobe University, said the ban on the veils would make them “more popular as a symbol of resistance and assertion of ethno-national identity”.

“The Party has drawn a one-to-one link between these styles of head, face and body covering and religious extremist thought and violence,” said Leibold, who is researching anti-veiling practices in Xinjiang.

“It’s a very crude and counterproductive way of trying to deal with the problem of terrorism.” [Source]

Leibold, who is currently studying Xinjiang’s anti-veiling campaign, spoke at length to the New York Times last week about ethnic policy in the region.

The Urumqi ban is the latest in a series of attempts to police clothing and facial hair in Xinjiang. Launched in the far western city of Kashgar in November 2013, “Project Beauty” uses surveillance photos of women to target those wearing veils and other head coverings. This summer, the public bus system in the northern town of Karamay banned passengers sporting long beards, veils, and hijabs. Chinese media were instructed not to “hype” the ban.

Such policies accompany a nationwide anti-terrorism effort. James Millward wrote in the L.A. Review of Books in May that “the state worries that beards and veils are symbols of support for foreign-inspired Islamic militancy.” Xinjiang has had a particularly violent year, and attacks have spilled over into other parts of China. In October, for example, three men were sentenced to death for perpetrating a knife attack on a Kunming train station this March that left 31 people dead. The violence across China prompted Beijing to launch a “people’s war” against terror this May.

Earlier this week, the Urumqi Intermediate People’s Court sentenced eight others to death for their roles in attacks on a train station and a market earlier this year. Meanwhile, students of Ilham Tohti, the Uyghur scholar and activist whose life sentence for separatism was upheld last month, were given prison sentences of three to eight years for their involvement in his website “Uyghur Online” (uighurbiz.net).

Beijing’s “people’s war” has so far failed to quell the violence.