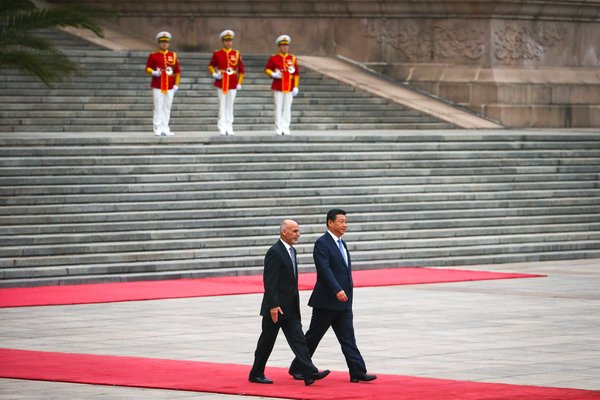 Over the past two years, China has been slowly increasing its engagement with Afghanistan, a diplomatic move important to Beijing for both economic and security reasons. As the U.S. and NATO begin to wind down military presence in the war-torn country, the threat of Taliban insurgency is rebounding—while China has said it won’t send troops into Afghanistan, Beijing has pledged US$245 million in aid for rebuilding efforts. Meanwhile, China is struggling to contain mounting violence in the troubled Xinjiang region with often controversial measures, and Afghan president Ashraf Ghani pledged last year to aid China in the fight against extremism. Recent reports have suggested that China may be preparing to broker talks between the Afghan government and the Taliban, having quietly hosted recent talks with Taliban leaders and also sent an envoy to Pakistan to meet with leaders. At the New York Times, Edward Wong reports on Beijing’s motivations to take on the possible role of mediator in Afghanistan:

Despite years of war and turmoil in Afghanistan, China had long seemed reluctant to become directly involved. So what has changed to move it to try to mediate with Islamist militants now? According to Chinese and foreign analysts, the answer lies in three factors: China’s growing worries about a Uighur uprising on its own frontier; concern about more instability on its western border after the main American troop withdrawal from Afghanistan; and urgency to secure access to Afghan mineral and oil deposits where Chinese companies have already made large investments.

[…] “As a friendly neighbor of Afghanistan,” [Foreign Ministry spokesman Hong Lei] said [without confirming or denying recent Beijing meetings with Taliban officials], “China attaches great importance to developing relations with Afghanistan; hopes to see Afghanistan achieve lasting peace, stability and development at an early date; supports the Afghan-led and Afghan-owned process toward peace and reconciliation; and wishes to play a constructive role to that end.” […]

[…] The shift is heavily grounded in economics, for one.

Mr. Xi has emphasized the importance of neighborhood diplomacy for China and is now promoting his country’s broad infrastructure and trade investments in what he calls a Silk Road Economic Belt across Central Asia. China’s main investments in Afghanistan are the Aynak copper mine, which the state-run China Metallurgical Group Corporation has been trying to develop for years, and oil fields in the Amu Darya basin. [Source]