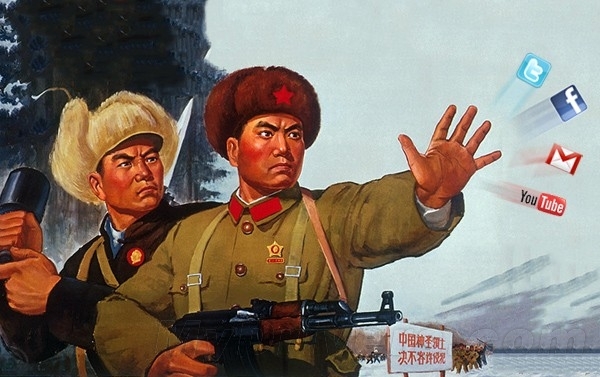 Websites must not quote from news about “China starting to block foreign VPN services.”

We reiterate the following propaganda discipline: information from sources which violate regulations or have not been verified by authoritative media must not be republished. (January 25, 2015)

The Global Times article also quotes “one of the founders of an overseas website which monitors the Internet in China” on its observations about the nature of the VPN blocking. This overseas website happens to be Greatfire.org, a Chinese Internet watchdog called “anti-China” by Cyberspace Administration of China (CAC) spokesman Jiang Jun. Greatfire.org has issued an open letter to Lu Wei, head of CAC, in response to accusations by Jiang that the website’s report on a man-in-the-middle (MITM) attack on Microsoft Outlook is “groundless slander”:

We do not level accusations against CAC lightly. We took great lengths to provide data collected during the attack to back up our claims. Multiple reports confirmed our analysis, including screenshots and tests posted by Chinese internet users as well as independent analysis from security experts.

[…] We have noted your department’s denial of involvement in the Outlook MITM attack. However, Jiang Jun acknowledges that an attack took place. We assume that by proclaiming your innocence, you believe that others are responsible for the attack.

If CAC is not responsible for the attack, nor complicitly letting it happen, can you please explain how “hostile forces” can tap into the backbone of Chinese Internet and implement nationwide MITM attacks six times over the past two years? [Source]

Chinese news sites citing the Global Times English article are still available—for example, see reports on Phoenix and Sohu. The comments section of the Sohu page includes a lot of messages of support, but some are tongue-in-cheek:

Closer and closer to North Korea.

We should learn from North Korea when it comes to the Internet. Kim Fatty III does it better. Have intranet only, not Internet. Taobao and these other harmful websites for spending money should be stopped, too. Cut off 3G and 4G network access entirely. Have only the People’s Daily and the Guangming Daily. That will put us in a good situation. I firmly support the central government’s decision.

I suggest that we shut down the Internet, cut off cell phones, and require central government approval of all international phone calls.