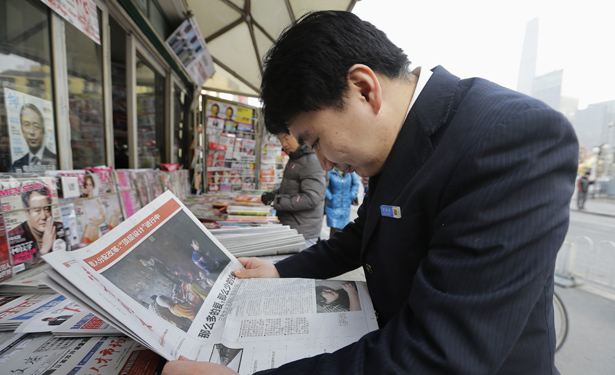 With an official investigation into 21st Century Business Herald, and the detention of its influential editor Shen Hao on suspicion of extortion, the issue of corruption in Chinese media has been once again brought to light. Supporters argue Shen and his colleagues have been unfairly singled out in an industry, and society, where corruption run rampant. Foreign Languages University professor Zhan Jiang recently discussed media corruption in an online chat with 21ccom.net; David Bandurski at China Media Project has translated part of the interview:

Host: In 2014, the anti-corruption drive advanced into the media. First, we saw an investigation into CCTV2, with Guo Zhenxi (郭振玺), Rui Chenggang (芮成钢) and others being arrested. After that, we had the investigation into the 21st Century Business Herald, where erstwhile angels of professional journalism became prisoners. This was a great shock to media colleagues. One of the major social roles of media is supervision, but we see that China’s media itself has become a corruption disaster zone (腐败的重灾区). What happened?

However, regardless, the level of corruption in China’s media is staggering. How staggering exactly? Search across the world and I’m sure you won’t find another country facing media corruption as serious as what you find in China. To be a bit less polite about it, China’s leads the world in media corruption.

Read more recent posts about media corruption from China Media Project, including “Who Warped China’s Media?“; “China’s Corrupt Media“; and “Why News Extortion is So Hard to Uncover.” See more about corruption in the Chinese media, via CDT.