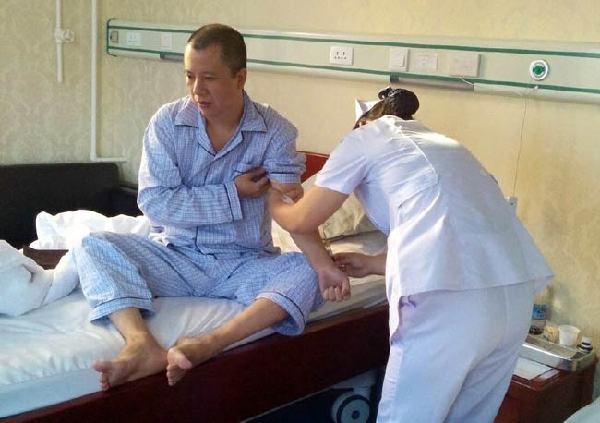 A Fujian court has awarded $186,000 compensation to former death row prisoner Nian Bin for the eight years he spent in prison before his acquittal last August, Xinhua reports:

The Intermediate People’s Court of Fuzhou City on Sunday ruled that Nian Bin, 39, should be paid 589,000 yuan for loss of personal freedom and another 550,000 yuan for mental suffering.

[…] Nian suffered from Grade Eight disability due to wearing handcuffs and shackles, according to earlier media reports. China has a ten-grade occupational injury assessment system with grade one the most serious.

On the evening of July 27, 2006, four people in Fuzhou’s Pingtan county, three of them children, fell ill while having supper. Two of the children died. Police believed their neighbor Nian Bin, then 30, was responsible because he was not on good terms with the victims’ family. [Source]

Xinhua does not mention that Nian’s three convictions were based on a confession he later claimed was extracted through torture. Last year, China’s top prosecutor admitted that preventing such wrongful convictions would be “a tough task.” Planned police reforms announced this week promise to extend supervision of interrogations and accountability of investigators in order to avoid future injustices, but rights lawyers are skeptical about the changes’ likely effectiveness.

In 2010, the second of Nian’s three successive death sentences was rejected by the Supreme People’s Court, which has reviewed all death sentences in China since 2007. Last month, the court issued a new protocol enabling defense lawyers to play a greater role in the review process.

While China remains by far the world’s most prolific executioner, the number of executions has fallen sharply and the scope of the death penalty has been reduced. Campaigns against corruption and terrorism have stalled the former decline over the past year or so, however.

Read more on Nian’s case from The Washington Post’s William Wan, via CDT.