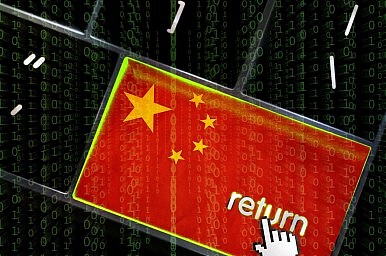 At The Daily Beast, Shane Harris reports that the People’s Liberation Army has for the first time acknowledged the existence of cyber units capable of launching attacks, and not just protecting domestic networks as officials have long maintained. The acknowledgment came in the newest (2013) update to the PLA’s “The Science of Military Strategy.” Beijing has previously denied U.S. accusations of state-sponsored hacking—notably, last year when the Department of Justice pressed charges against five PLA officials for economic cyberespionage, to which officials responded by drawing attention to the U.S. sponsored surveillance programs revealed by former NSA contractor Edward Snowden.

Now it appears that China has dropped the charade. “This is the first time we’ve seen an explicit acknowledgement of the existence of China’s secretive cyber-warfare forces from the Chinese side,” says Joe McReynolds, who researches the country’s network warfare strategy, doctrine, and capabilities at the Center for Intelligence Research and Analysis.

[…] “It means that the Chinese have discarded their fig leaf of quasi-plausible deniability,” McReynolds said. “As recently as 2013, official PLA [People’s Liberation Army] publications have issued blanket denials such as, ‘The Chinese military has never supported any hacker attack or hacking activities.’ They can’t make that claim anymore.”

[…] “When asked, the Chinese as recently as a month ago denied they had a cyber command,” James Lewis, a senior fellow at the Center for Strategic Studies and a leading expert on China’s cyber capabilities, told The Daily Beast. Lewis said that the new revelations won’t come as “earth-shattering” to analysts and experts who closely follow statements by Chinese officials, because “we all assumed they were lying.” […][Source]

The Daily Beast report continues to quote McReynolds on the division of cyber forces into military, civilian, and nongovernmental operational units.

Last week, CNN reported statements made in a speech by former NSA director Mike McConnell on the breadth and potential implications of Chinese industrial cyberespionage:

“The Chinese have penetrated every major corporation of any consequence in the United States and taken information,” he said. “We’ve never, ever not found Chinese malware.”

He said the malware lets Chinese spies extract information whenever they want. McConnell, who also led the NSA from 1992 until 1996, continues to investigate hacks as a high-ranking adviser to Booz Allen Hamilton (BAH).

“If they can take that, before we can take it to market – for free – and it’s unchecked for 15, 20 years, I would say that has strategic consequences for the United States,” he said. [Source]

CNN does note that other intelligence professionals are skeptical of McConnell’s statements.

Read more about hacking, cyberespionage, or industrial espionage via CDT.