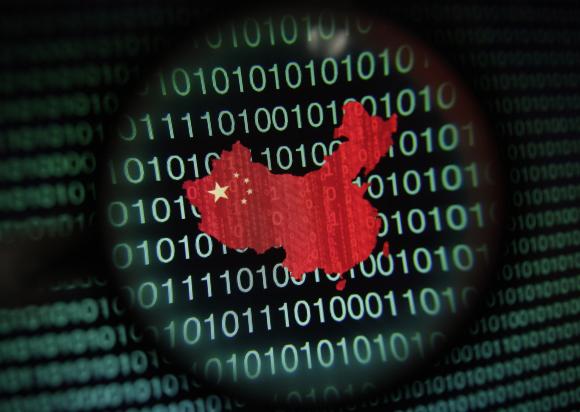 The Washington Post reports that the Obama administration has charged five PLA officials with crimes relating to economic cyberespionage:

The Chinese targeted big-name American makers of nuclear and solar technology, stealing confidential business information, sensitive trade secrets and internal communications for competitive advantage, according to a grand jury indictment that the Justice Department said should be a national “wake-up call” about cyber intrusions.

[…] The charges underscore a longtime Obama administration goal to prosecute state-sponsored cyberthreats, which U.S. officials say they have grappled with for years. One government report said more than 40 Pentagon weapons programs and nearly 30 other defense technologies have been compromised by cyber intrusions from China. The cybersecurity firm Mandiant issued a report last year alleging links between a secret Chinese military unit and years of cyberattacks against U.S. companies.

[…] The new indictment attempts to distinguish spying for national security purposes — which the U.S. admits doing — from economic espionage intended to gain commercial advantage for private companies or industries, which the U.S. denies it does. Classified documents disclosed by former National Security Agency analyst Edward Snowden have described aggressive U.S. efforts to eavesdrop on foreign communications that would be illegal in those countries. [Source]

This is the first time the US has filed criminal charges against foreign officials for cyberespionage. China has denied the charges and drawn attention to the NSA cyber surveillance activities that became general knowledge after former analyst Edward Snowden revealed them last year. Foreign Ministry spokesman Qin Gang’s remarks, from the Ministry of Foreign Affairs webpage:

On May 19, the US side announced indictment against five Chinese military officers on allegation of cyber theft. This US move, which is based on fabricated facts, grossly violates the basic norms governing international relations and jeopardizes China-US cooperation and mutual trust. China lodged protest with the US side right after the announcement, urging the US side to immediately correct its mistake and withdraw the “indictment”.

It is a fact known to all that relevant US institutions have long been involved in large-scale and organized cyber theft as well as wiretapping and surveillance activities against foreign political leaders, companies and individuals. China is a victim of severe US cyber theft, wiretapping and surveillance activities. Large amounts of publicly disclosed information show that relevant US institutions have been conducting cyber intrusion, wiretapping and surveillance activities against Chinese government departments, institutions, companies, universities and individuals. China has, on many occasions, made serious representations with the US side. We once again strongly urge the US side to make a clear explanation of what it has done and immediately stop such kind of activities.

Given the lack of sincerity on the part of the US to solve issues related to cyber security through dialogue and cooperation, China has decided to suspend activities of the China-US Cyber Working Group. […] [Source]

The US-China Cyber Working Group was established last April as tensions were high following the release of a Pentagon report that accused the PLA of launching cyber attacks against the US. Prior to the Pentagon report, in February of 2013 information security firm Mandiant also linked hack attacks to the PLA and described Unit 61398—the PLA division that the US alleges the five indicted officials were part of.

While seriously undermining the moral high ground from where Washington lobbed criticism at China’s cyber affairs, the documents leaked by Edward Snowden showed that the U.S. government had long been hacking into Chinese systems, and also revealed that the NSA had directly targeted Chinese telecoms company Huawei—an increasingly globally ubiquitous firm founded by a former PLA engineer that has long made Washington nervous. A report from the Washington Post details a distinction made by the US Department of Justice’s indictment that Beijing sees as trivial:

[…] For Washington, the two cases belong in separate categories — foreign intelligence gathering versus state-sponsored economic espionage — with the key difference being that the intelligence gathered by the NSA is not passed on to private companies, while Beijing’s alleged espionage is collected with the specific intention of passing it on. To date, the NSA has denied any involvement in economic cyber-espionage. Beijing appears to see that detail as irrelevant.

[…] “The difference between stealing intelligence and company secrets is lost on the Chinese,” Bonnie S. Glaser, a senior Asia expert at the Washington-based Center for Strategic and International Studies, told The Post. “Both are considered fair game and an essential means to accelerate China’s reemergence as a great power.” […] [Source]

Tea Leaf Nation sums up netizen reaction to the indictment, which also points to perceived US hypocrisy and a lack of sympathy for the categorization of cyber surveillance described above:

On the Chinese web, users largely dismissed the U.S. accusations as a case of “a thief crying ‘stop the thief!'” and wondered whether China shouldn’t pursue charges of its own against U.S. officials for government-sponsored cyber spying.

“So this means China can just charge U.S. military officers in the same way,” wrote one user on the Weibo microblogging platform.Another called the accusations “ridiculous; the United States has the whole world in its fist, but it’s not okay for others to want to listen in on what you’re doing.”

Chinese web users appeared unmoved by or unaware of [the] distinction [between government spying for security reasons, as the NSA claims, and spying for economic gain]. Spying was the key phrase, and it didn’t seem to matter if it the material concerned was economic or political. Wrote one: “Everyone is spying. Whoever doesn’t do it must be a fool. It all comes down to who can do it better and who can leave no trace of evidence.” […] [Source]