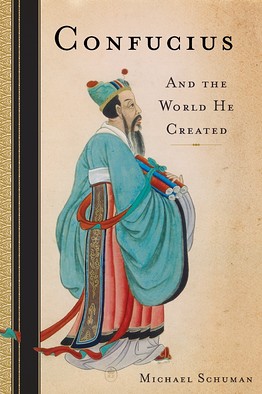 The Wall Street Journal’s Andrew Browne talks to Michael Schuman, author of “Confucius And the World He Created,” about Confucianism’s place in the modern world, its recruitment in support of Party rule, and its use as “branding” for the country’s global soft power efforts. The Party’s embrace of the philosophy has sparked disagreement among current Confucian intellectuals as China conducts an ongoing campaign against the influence of Western ideology.

Chinese President Xi Jinping often cites Confucius in his speeches. Is he, like the old emperors, using the sage to justify authoritarianism?

I believe that is exactly what President Xi is doing. For about two millennia, the emperors of China had used a form of Confucius’s teachings to claim they possessed the moral right to rule, even though they often did not adhere to Confucian principles of government. Now the Chinese Communist Party is attempting to do the same – use a carefully crafted version of an undeniably Chinese political tradition to legitimize its rule while holding off unwanted Western ideals about human rights and democracy. I also think Xi may be emphasizing Confucian morality as part of his campaign to clean up corruption and improve the quality of the civil service.

[…] So is there a conflict between Confucianism and democracy?

Many have argued that Confucianism is inherently anti-democratic since it focuses on responsibilities, not rights, and community, not the individual. But some pro-democracy advocates in Asia have argued just the opposite. Mencius, the most influential Confucian thinker after Confucius himself, suggested that the people have the right to choose their own leaders, and even overthrow an oppressive ruler. In modern times, some reformers, most notably former South Korean President Kim Dae Jung, have seen in Mencius’s words the seeds of democracy in Asia. The reality that many Confucian-influenced societies – South Korea, Japan, Taiwan – have become flourishing democracies also proves that Confucianism is not an impediment to liberal political systems. [Source]

Read more on this theme in Mencius from Sam Crane at The Useless Tree, and on Confucianism and Chinese philosophy via CDT.