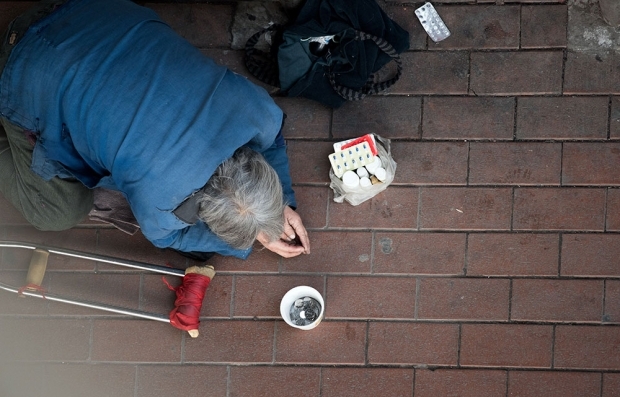 An International Monetary Fund (IMF) working paper on fiscal policy and income inequality in China and other developing countries shows that China is “one of the most unequal countries in the world” and warns that the income gap may continue to grow without policy adjustments. The Wall Street Journal’s Ian Tatley reports:

Authors Serhan Cevik and Carolina Correa-Caro write that the rich are gleaning most of the fruits of the transition from a system of centrally-planned socialism to a market-oriented economy.

[…] “China’s widening income inequality is largely a reflection of faster income growth among the rich, rather than stagnant living standards among the poor,” the two economists said.

[…] Beijing’s economic strategy has aimed at higher growth rates. Although that effort may have lifted many Chinese out of poverty, the two economists said there’s mounting evidence that the widening income gap could weigh on future growth. That, they said, could come “with significant social consequences, especially in a country like China aiming to move beyond the ‘middle income’ status.”

To relieve those potential pressures, the two economists recommend ramping up taxes to pay for a redistribution of income: raising taxes on higher earners, broadening the personal tax and imposing a value-added tax on services. At the same time, Beijing could lower labor taxes that hit low- and middle-income earners, they said. [Source]

The IMF, along with other major international financial institutions, recently showed confidence for the China-proposed Asia Infrastructure Investment Bank (AIIB).

Has China suddenly become a nation of (admittedly entrepreneurial) scammers? It’s not entirely clear whether fake begging is relatively new or is a long-standing trend that social media has made easier to detect. But there’s no debate that since China’s economic reforms began in 1978, the Community Party has dismantled much of the country’s welfare system, leaving only a thin social safety net for the urban poor. Relaxed domestic travel restrictions have unleashed a flood of rural migrants to the cities, while swift but uneven economic development has left China with a wealth disparity among the widest in the world. That means there are many in truly desperate straits, but there’s also more money sloshing about for those with the chutzpah to feign poverty. The question is how many have truly falsified their beggar status and how many have been erroneously held out as exemplars of the practice—fake fake beggars, in other words.

[…] For its part, Chinese state-run media appears more interested in calling out fraud than tackling the larger social issues at play, which might tend to point the finger at government authorities. State-run China Daily reported in June 2013 that in the southern provincial capital of Nanjing, 80 percent of those begging in the city’s subways were fake, meaning they were capable of work and did not come from poor homes. This narrow definition does not take into account any of the many extenuating circumstances that may prevent a physically whole person from obtaining employment. The report lamented that some beggars “may have a monthly income of up to $1600,” more than three times the average monthly per capita income of Nanjing residents. […] [Source]

Also see more CDT coverage of the growing gulf between rich and poor in China, where as of last July 1% of the population controlled one-third of the nation’s wealth.