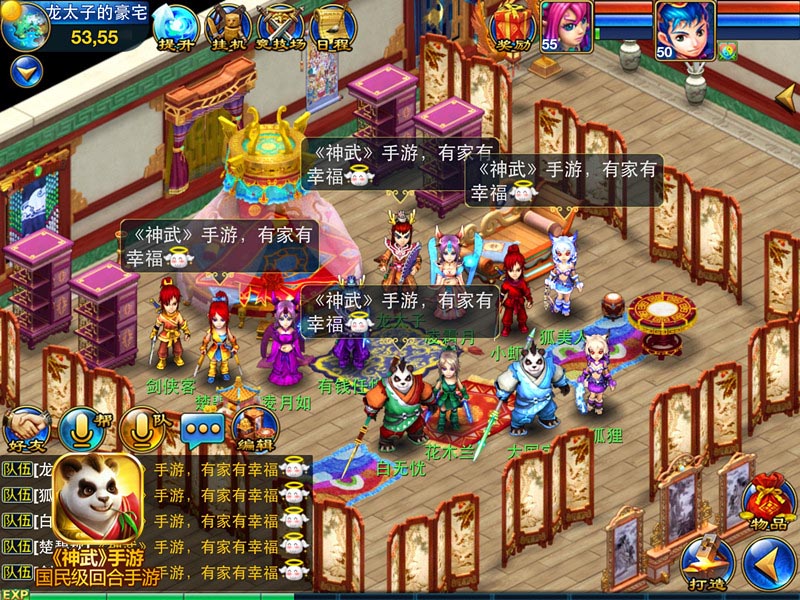 Xuyouzhen1 (@徐宥箴1): The administrative department requires that childbearing in our video games comply with family planning. That is to say that if you have second child in the game, we have to fine you a virtual social support fee. Piyaoyuzhenxiang (@辟谣与真相) I am not making this up. Here is the document in full, including the source and images. (March 19, 2015)

Xu’s Weibo post includes a screenshot of slides from a PowerPoint presentation on “censorship workflow” in video games: Xu has also shared the complete PowerPoint on Baidu Cloud here. He goes on in a reply to his original post about other restrictions on game content:

My company has a game called “Dream Emperor” (梦想帝王) where, as emperor, you gather renowned generals, and then you gather beautiful women to be your concubines. It didn’t pass the censors because they said China practices monogamy, so the game couldn’t have concubines. We said this is an emperor from antiquity, so he has to have concubines. It was no use. We changed the concubines to palace maids and finally passed the censors. This really happened to our company.

The comment thread is full of disbelief. Some netizens ask sarcastically about how else real-world policies are honored in games. Cuizi (@啐子) wonders, “If a mother and father are both only children, they can have a second child, right?” (夫妻是独生的可以有二胎不是吗？) (Couples can now have a second child if just one parent is an only child.) Tiantiandaixiezuoye (@天天代写作业) wants to know, “When female players give birth, do they get maternity leave?” (女玩家游戏生孩后有产假吗).

Beijinghuashisanshi’erdu (@北京华氏三十二度) takes censorship to its logical extreme: “In the final game, you can only have a bunch of eunuchs fighting another bunch of eunuchs with feather dusters!” (最后的游戏只能是一堆太监用鸡毛掸子打另外一堆太监！)