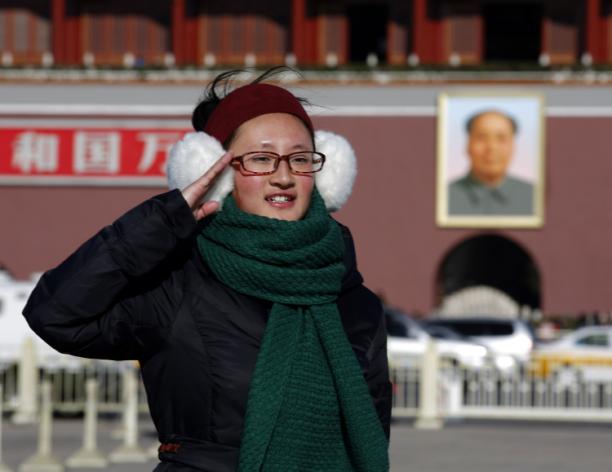 China’s National Health and Family Planning Commission announced on Wednesday that the country is suffering from a “serious” and “prolonged” gender imbalance between male and female newborns. Sui-Lee Wee at Reuters reports:

Like most Asian nations, China has a traditional bias for sons. Many families abort female foetuses and abandon baby girls to ensure their one child is a son, so about 118 boys are born for every 100 girls, against a global average of 103 to 107.

“Our country has the most serious gender imbalance that is most prolonged and affecting the most number of people,” the National Health and Family Planning Commission said in a statement on its website.

The agency said it would step up supervision on foetal sex determination, which is banned in China. It acknowledged that women were transferring blood samples overseas to determine the genders of their babies as part of an “underground chain for profit”.

[…] Researchers have warned that large sex-ratio imbalances could lead to instability as more men remain unmarried, raising the risks of anti-social and violent behaviour. [Source]

Critics see the country’s gender imbalance as a direct result of the Chinese government’s strict one-child policy, which has also contributed to the rapid decline in the size of the country’s labor force. Xin Zhou at Bloomberg News reports:

China is paying the economic price for its 36-year-old one-child policy, with the third-straight yearly decline in its labor force weighing on growth prospects.

Like Japan’s experience since the late 1990s, the downturn in China’s working-age population is corresponding with a deceleration in economic growth. While the shrinking labor pool is helping prevent a rise in joblessness, it’s also driving up labor costs and eroding the manufacturing and export competitiveness that helped fuel China’s 30-year expansion. [Source]

While the government has recently relaxed its one-child policy, allowing couples to have two children when at least one of the parents is an only child, fewer people than expected applied for permission to have a second child in 2014. According to the National Health and Family Planning Commission, an increase in the number of applications for a second child is expected for the current calendar year.

[…] The boomers are now hitting old age: China’s over-65 population is projected to soar to 210 million in 2030 from 110 million, and by 2050 will account for a quarter of China’s total population, according to United Nations data. By then, the U.N. says, China’s elderly population may exceed the entire U.S. population.

[…] Alibaba, with two million online shoppers over the age of 50, according to a 2013 company survey, recently launched a senior shopping section on Taobao where links to products like slippers and long underwear are more readily available, a spokeswoman said.

Read more about China’s aging population and the country’s one-child policy, via CDT.