Peter Hessler: Travels with My Censor 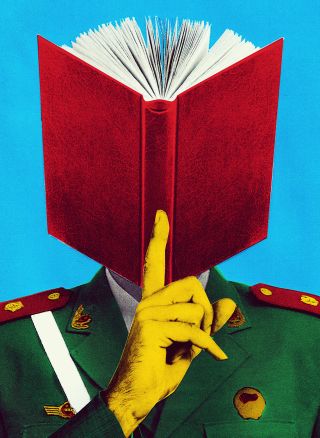 Recounting the experience of publishing his books in China, Peter Hessler describes shifts in political acceptability over the years, and his censor’s efforts to bring foreign books to Chinese readers with as little alteration as possible. Far from a rigid Party apparatchik, the censor/editor Zhang Jiren is a pragmatic character who studied neo-Marxist Herbert Marcuse in order to acquire “a powerful tool for Chinese to resist the long-term propaganda campaigns.” From The New Yorker:

[…] Recently, there have been a number of articles in the foreign press about Chinese censorship, with the tone highly critical of American authors who accept changes to their manuscripts in order to publish in mainland China. The articles tend to take a narrowly Western perspective: they rarely examine how such books are read by Chinese, and editors like Zhang are portrayed crudely, as Communist Party hacks. This was one reason I went on the tour—I figured that the best way to understand censorship is to spend a week with your censor.

Since Xi Jinping became President, in 2013, China has engaged in an increasingly repressive political crackdown. The authorities have also become more antagonistic toward the foreign press; it’s now harder for journalists to renew their visas, and many report being hassled by local authorities while on research trips. And yet the reading public has begun to discover nonfiction books about China by foreigners. More than any other editor, Zhang has tapped into this trend—all but one of his six best-selling titles in the past few years have been foreign books about China. In Zhang’s opinion, this reflects the new worldliness of readers, which he believes says more about the country’s long-term direction than the censorship or the propaganda does. “The Party turns left this year, and maybe it turns right this year,” Zhang wrote to me in 2014. “In my opinion, the only certain thing is that Chinese people are much more individualized and open-minded.” [Source]

A University of California at Los Angeles study assessed Chinese values by analyzing the words used in more than 270,000 Chinese-language books and found that China’s social core is undergoing a major transformation. The psychology researchers focused on word usage in books published between 1970 and 2008. Among the findings: the word “obedience” was used three times as much as the word “autonomy” in books from 1970, while the ratio flipped in 2008 books, with “autonomy” dominating.

[…] The study’s authors, Zeng Rong and Patricia Greenfield, say that the shift in values shows the extent to which China’s economic reforms have penetrated society. “This increasing attention is driven by the dramatic economic development in China: When you have nothing to eat, you will concentrate on planting; when you are full, you begin to think about which values are leading your life,” said Ms. Zeng, a graduate student at China’s Beijing Normal University and a visiting researcher at UCLA.

Individualism is now chipping away at a society that was based for centuries on collectivism and communal values, the study says: “This great transition brings dramatic changes to Chinese society and presents great challenges to traditional Chinese values and lifestyles.” [Source]

Hessler refers to earlier pieces on book censorship in China from The New York Times, South China Morning Post, and his successor at The New Yorker, Evan Osnos. He also describes generally positive interactions with Chinese media, marred only by China Daily’s publication of a distorted comparison of China and Egypt under his name. See other perspectives on censorship from Chinese authors Yu Hua and Murong Xuecun.