Four Views on Activism in China 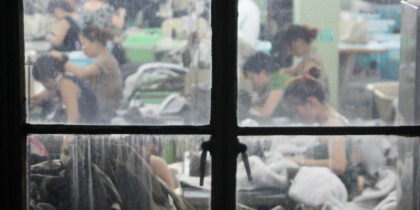 Chinese labour unrest is rising dramatically. Annual mediated, arbitrated and litigated disputes increased more than ten-fold between the mid-1990s and the end of the first decade of the twenty-first century. The Chinese Academy of Social Sciences recently found that employment-related grievances accounted for the largest number of “mass incidents” involving 1,000 to 10,000 individuals over the previous decade-and-a-half (environmental protests accounted for the most incidents involving 10,000 or more people). An online map that I maintain called China Strikes and a similar but more up-to-date project run by the Hong Hong-based advocacy group China Labour Bulletin show strikes, protests, and riots involving workers to be scattered across the country, from the bustling port of Shanghai to up-and-coming cities like Chongqing to small interior towns in Yunnan. Whereas labour once fought defensively to protect a tattered “socialist social contract” and ensure the protection of its most basic rights under the law (see, for example, the work of Ching Kwan Lee), in a recent article in Industrial & Labor Relations Review, Sarosh Kuruvilla and I find that workers are making more aggressive demands: higher wages, irrespective of legal minimums; more employer attention to the”details” of working life; and simple respect. Other observers might add a fourth demand: a voice in production decisions. All this turmoil has led some to dub China the “epicenter of world labour unrest” […]. [Source]

Social media activism has taken root in China in recent years. In its numerous manifestations, it has has redefined the contours of China’s grassroots activism and collective action. Through its invasive presence in China’s cyber world, the formula usually works as follows: a certain individual with an axe to grind vents out a grievance via one of the numerous popular social media outlets, often subtitled in inflammatory comments that easily raise the eyebrows of fellow netizens; an online outrage spreads like wildfire through re-posts and forwards via social networks; the buzz turns into an uproar when conventional reporters, who are always hard-pressed to look for the next headline, jump on the bandwagon; this finally gets the attention of the top dogs, who, by occupying positions of authority in the rigid Chinese power echelon, decide to dispense justice and appease the enraged public. The finale is then endorsed by the state-orchestrated propaganda apparatus as further proof of how the Chinese state can rectify transgressions and maintain social harmony. [As Yang Hengjun notes in a blog post translated at The Diplomat, this typical pattern leapfrogs local officials, to their great chagrin.]

[…] Clay Shirky made the observation that digital media allows for the power of “organizing without organizations.” This is especially empowering in the context of social activism in China. The main reason is that an effective strategy that Chinese regime has adopted in recent decades has been to target and isolate (and sometimes punish) a small number of leaders and dissenters in derailing social and political movements that may be perceived incendiary and threatening. Collective action through mass collaboration and coordination without identifiable leaders, therefore, makes social activism achievable and sustainable in China in the networked era in which the authoritarian state still maintains a palpable and sometimes formidable presence. [Source]

Asia Society’s Eric Fish writes on the dramatic and unpredictable narrowing of space for activism under Xi Jinping:

Since consolidating power, Xi has doubled down on censorship and ideological control while stomping out anything resembling independent activism. Xi’s Communist Party now isn’t just targeting people considered political radicals like Liu Xiaobo, who advocated a fundamental overhaul of China’s political system (something that isn’t appealing to most Chinese). Last summer authorities gave lengthy prison terms to members of the New Citizen’s Movement, which pushed broadly popular initiatives like wealth disclosure for officials. Last September, scholar Ilham Tohti, who pushed for better treatment of Uighurs and stressed non-violence, was given a life sentence; which was followed by long prison terms for seven of his students. Then recently authorities went even further by criminally detaining a group of feminist activists who had gone out of their way to avoid political sensitivity in their quirky demonstrations.

At the moment, Xi’s approach seems to be working. The large-scale protest movements and online activism that were emerging under his predecessor Hu Jintao have ebbed. But the apparent calm in China now may be misleading.

The authorities have softer tools at their disposal than detentions and trials. In his forthcoming book, “China’s Millennials: The Want Generation,” Fish describes how Li Tingting, one of the currently detained feminists, was once plied with a luxurious banquet and the offer of an official job if she would stop her protests. The latter was relayed by her father, whom officials repeatedly wined and dined in an effort to gain leverage. In yet another post at the CPI Blog, Yanhua Deng of the Southwestern University of Finance and Economics in Chengdu describes the use of this sort of family and peer pressure to dissuade activists:

For a state that does not penetrate as deeply as it once did, relational repression offers access to protesters over whom officials have limited sway, protesters who may not trust or fear local cadres as much as they did in the past. As an alternative to mobilizing the police or hiring local toughs, relational repression is becoming increasingly common at a time when pressures are growing to preserve social order without resorting to force. When it is effective, relational repression enables local authorities to soften popular demands, explore compromises, and minimize concessions.

[…] Societally-based control has advantages that state coercion lacks; most notably, it suppresses contention in a less visible way that does not reflect directly back on the state. By filtering pressure through people the state has influence over, and then expecting them to be the familiar, friendly face that persuades a protester to give up an “inadvisable” course of action, social power is combined with state power. Putting the onus of “soft violence” on individuals whom protesters are related to, know, or at least share a hometown with, blurs the origins of repression, shields the state from owning up to its authoritarian impulses, and—when it succeeds—diminishes the need to rely on naked coercion. [Source]

The stick to this persuasive carrot is that friends and family can be targeted and even imprisoned in order to exert pressure on activists.