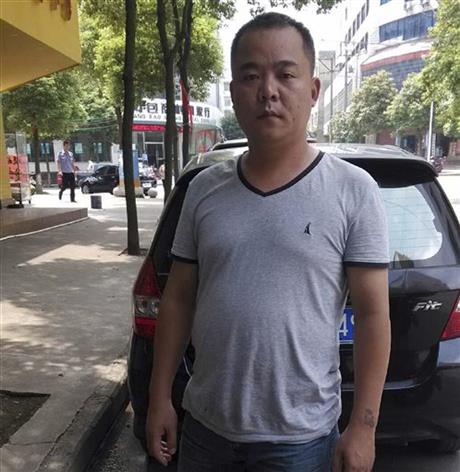 The Associated Press’ Didi Tang reports on the pressure applied to friends and families of activists and others who find themselves at odds with the authorities.

Xiao Yong used to hold up placards at protests, demanding that China’s leaders declare their assets in a call for political transparency and accountability. But he stopped after men began following his father around and urging him to persuade his 39-year-old son to drop his activism.

“I started to dread that my father’s health would deteriorate because of this,” said Xiao, a former employee at a state electrical utility in the southern city of Shaoyang. “The government was working on my family members, talking to them and instilling fear in them.”

To deter political and social activists, Chinese authorities routinely target their family members, friends and associates, pressuring them to be unwilling agents of persuasion or penalizing them directly.

[…] Sometimes they use more menacing tactics, such as blocking children from their schools, stripping spouses of employment and placing relatives under investigation for fraud. [Source]

Other reported cases include the house arrest of Liu Xia, wife of imprisoned Nobel laureate Liu Xiaobo, and the imprisonment of her brother for fraud; violence and other reprisals against the family of U.S.-based legal activist Chen Guangcheng; persistent pressure on the wife and daughter of activist Hu Jia; the interrogation of Tibetan writer Woeser’s 72-year-old mother; obstruction of the lives of recently released rights lawyer Gao Zhisheng’s family; and the targeting of rights lawyer Teng Biao’s relatives.