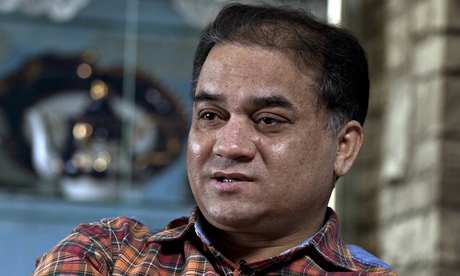 In 2013, Uyghur scholar Ilham Tohti penned the draft of a 24,000 word essay examining various social and economic issues facing Uyghurs, but he was unable to complete the final version after his detention in January 2014. Daxiong Gonghui (大象公会) website published the essay in its draft form, but it has since been censored. Cindy Carter of ChinaChange is now translating it.

Ilham Tohti is serving a life sentence for separatism, despite the fact that he has publicly opposed independence for Xinjiang and has taken a more moderate stance while advocating on behalf of Uyghurs. In the introduction to the essay, he explains, “I have prepared a simple list of nine issues affecting ethnic relations in Xinjiang. For each, I have included an overview of the present situation, causes and contributing factors, and proposed solutions.” The first section looks at the problems around employment for young Uyghurs:

Given the absence or non-enforcement of national ethnic policies, the primary cause of employment difficulties among minority university students is blatant ethnic discrimination in hiring. Ethnic minorities are severely under-recruited for jobs in the civil service and in state-owned enterprises. Prior to the July 2009 ethnic unrest in Urumqi, many private-sector job advertisements openly stated that only Han Chinese applicants would be considered; some state-owned enterprises went so far as to recruit Han Chinese from other parts of mainland China, rather than hire local ethnic minorities. At some workplaces with no Uighur employees, Uighurs may be stopped by security guards and prevented from entering the premises. Severely curtailed employment prospects have given rise to an unusual phenomenon in Xinjiang: a craze for extracurricular foreign language training courses. Xinjiang’s ethnic minority university students are keener on studying foreign languages than students at top-tier universities such as Peking University and Tsinghua University, because these students feel that their only hope lies in finding work in international trade, tourism, or overseas. Even the privileged classes are not immune to employment difficulties: one child of a high-ranking Xinjiang Uighur government official graduated from a prestigious mainland university and spent a year searching fruitlessly for work. It was only after securing a personal letter of introduction from Wang Lequan [then Communist Party Secretary of Xinjiang] that the young graduate was finally able to secure a job. [Source]

The second section examines the consequences of a language policy which does not adequately train Uyghur students in Mandarin nor provide access to sufficient Uyghur language resources:

In fact, nearly all Uighur families want their children to receive a better-quality education in Mandarin Chinese, and they feel that genuine “bilingual education” has come too late. Yet at the same time, the prevailing view and mainstream opinion in Uighur communities is that “Bilingual education should not come at the expense of one’s mother tongue.” Mandarin’s special status as China’s lingua franca should not make it an excuse for linguistic discrimination or forced linguistic assimilation. In a nation of diverse ethnicities, shared cultural values should be expressed in diverse ways, not subject to standardization or unification. Education should not be made the “executioner” of native languages and scripts.

In an essay earlier this year, scholar Wenfang Tang wrote about how the lack of quality Mandarin language training for Uyghur students puts them at a distinct economic disadvantage when competing against Han candidates for similar jobs or opportunities. Yet those who try to provide stronger Uyghur language education resources have also been stymied by authorities. Linguist and poet Abduweli Ayup spent over a year in prison for fundraising for Uyghur language schools. Read more about Uyghur language, via CDT.

The remaining sections of Ilham Tohti’s essay will be posted on ChinaChange in coming days. Read more by and about Ilham Tohti, via CDT.