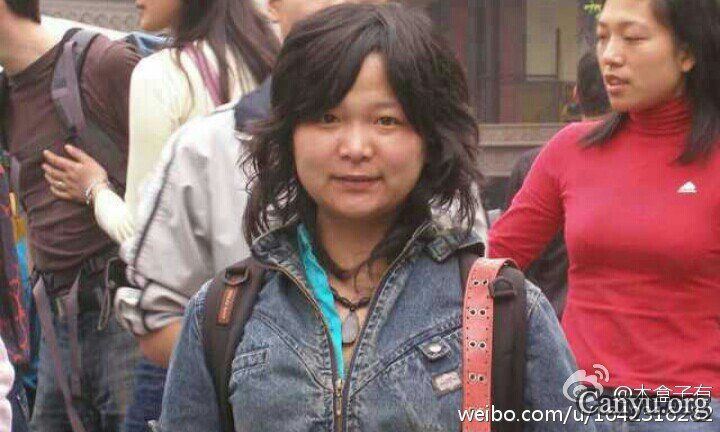 Wu Rongrong is a women’s rights activist who was detained for over a month along with four associates. Since her release, Wu has been harshly interrogated and told followers on WeChat that she was “near mental collapse.” Edward Wong reports for the New York Times:

The woman, Wu Rongrong, 30, was “emotionally broken” after returning from the interrogation session, said Mr. Sun, her husband, who agreed to speak on the telephone on the condition that only his surname be used because of hostility from the authorities.

He said the police told Ms. Wu after releasing her on Friday that they would interrogate her again, but they have not yet done so.

Ms. Wu did not answer her telephone on Monday. She posted a message after her interrogation on WeChat, the popular social networking app, saying that “my spirit is on the verge of collapse.”

Mr. Sun confirmed she had written that and said the police, among other things, had used “foul language” that had upset Ms. Wu during the interrogation. [Source]

Wu was released under a form of bail that means she is officially under investigation for one year. She has written about her time in detention and how she became involved in the women’s rights movement in an essay translated by China Change:

As a child, I grew up in an extremely patriarchal environment where girls were regarded worthless. Too many times, I witnessed promising young girls from our village forced to abandon their studies and go to work to support their brothers’ educations. My close friend and neighbor, who was one of four children, was only thirteen years old when she left school and started working. After a large portion of her body was burned in an explosion of a fireworks factory, she eventually got married to a very elderly man. As the daughter of a poor family, my quest for an education was hampered not only by severe economic hardship, but also by well-meaning people who tried to dissuade me from continuing my education.

In 2009, when a young sauna employee named Deng Yujiao used a fruit knife to stab to death a government official who had been sexually harassing her, it made me think of the harassment that many of my female classmates and I had experienced. To show our support for Deng Yujiao, a younger female classmate and I put on a work of performance art called “Deng Yujiao could be any one of us.” Although that was over six years ago, during my recent detention the interrogators asked me about that performance repeatedly, and kept demanding to know who or what was behind it. I told them exactly what I’ve described above, and while I don’t know if my explanation elicited any compassion from them, I hope that it did, at least from those with daughters of their own at home. I’m not some mastermind conspirator working behind the scenes to disturb the social order; I just want to call attention to the plight of women facing sexual harassment, and call for more public measures to punish and deter perpetrators. [Source]

The Economist provides an overview of the case of the “Feminist Five,” as Wu and her detained associates became known:

The women were targeted as core members of a nascent organised feminist movement in China. For many years the Chinese authorities have consistently sought to squash organised activism. But the treatment of activists varies widely from case to case, and it is often not entirely clear where the red lines are. This ambiguity suits the government. If it is unclear whether or not something is allowed, many will err on the side of caution. Once the police do take someone away, they often remain secretive about their intentions: whether, for instance, they mean only to scare an activist, or to start building a case for a long prison sentence. Under President Xi Jinping, police and prosecutors have increasingly moved towards imposing prison sentences, and public pressure has not provided any help whatsoever to the accused. Gao Yu, a 71-year-old journalist who has often clashed with the authorities, was sentenced this month to seven years in prison for disclosing state secrets—a crime that can be made to apply to all sorts of actions. Last year Ilham Tohti, a university professor and vocal critic of China’s ethnic policies, was sentenced to life in prison for “separatism”. In these cases and in others taking aim at pillars of civil society, such as rights lawyers, the authorities seem determined to send a stern message. [Source]

Police sent a stern message to two other NGO workers, Guo Yushan and He Zhengjun of the Transition Institute of Social and Economic Research, an independent economics and education think tank, by recommending that prosecutors press charges against them. Didi Kirsten Tatlow of the New York Times reports:

Both were detained last year and formally arrested in January, part of a crackdown on civil society groups that have addressed official corruption, economic reform, democracy and feminism.

The police recommendation was received by prosecutors on April 15, according to a stamp on the document.

Although Mr. Guo was initially detained on suspicion of “picking quarrels and stirring up trouble” — a charge akin to “disorderly conduct” — the police document shows that the recommended charge has been changed to illegal business activity.

This commercial crime is often described by Chinese legal scholars as a catchall, and the charge is being applied with increasing frequency against civil society and free speech advocates. It carries a maximum five-year prison sentence. [Source]

The crackdown has touched the environmental movement as well, especially since the distribution of the ground-breaking documentary “Under the Dome,” which was subsequently banned by authorities. Last week, the environmental NGO Friends of Nature faced unusual restrictions and was forced to cancel a planned event to mark Earth Day. From China Dialogue:

China’s best-known environmental group, Friends of Nature, asked people not to turn up to its Beijing Earth Day Environmental Protection Festival after Beijing police said the event was not permitted to go ahead and that the “online impact” of the event be toned down.

According to Friends of Nature campaigner Guo Jinghui, the police said the event “did not meet application requirements; and application was not made ten days in advance,” but the environmental group said it was “a bit surprised” at the decision, as preparations had already been made and invitations sent out.

Never before did the group have to submit an application 10 days in advance for any similar events, said Zhao Hong, one of the main organisers of the event. [Source]

Read more about the “Feminist Five,” crackdown on civil society, and proposed regulations which would further tighten control over NGOs.