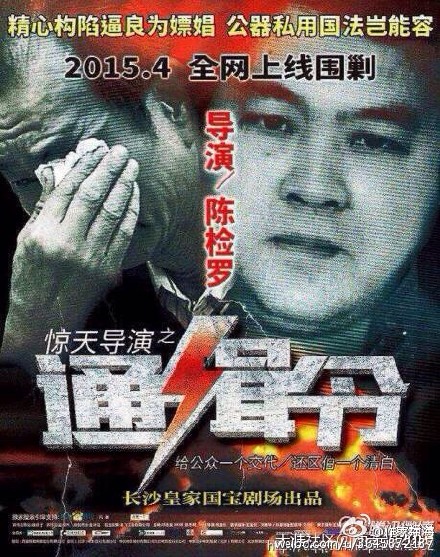 Ou Shaokun is a 62-year-old anti-corruption activist based in Guangzhou who was detained by police while in the company of a prostitute in Changsha on March 26. Ou runs a Weibo account where he posts photos of government officials using official vehicles for personal purposes; just before he was detained, he had posted photos of a SUV in Guangzhou which he said was used by local police.

Ou’s case was soon prominently covered by local media in an effort to discredit him, but his supporters suspected that he was being targeted for his activism. Ou publicly denied that he had hired the prostitute and said she had been paid to have sex with him by a businessman with whom he had dined earlier in the evening. Netizens later dug up evidence showing that the businessman, Chen Jianluo, was in fact a unit head of the Changsha Domestic Security Department (secret police) who had set Ou up as part of an involved scheme that took more than a year to carry out. Since these revelations came to light, the Changsha police department has failed to publicly explain the situation and Chen has not been seen or heard from, further stoking public anger. Propaganda officials have ordered media to “cool down” coverage of the case. Almost a month later, the story still has a vibrant life online, due to netizens’ impassioned support for Ou, anger at Chen Jianluo and the Changsha police department, and the official failure to provide a reasonable explanation for the events.

The following netizen-created posters portray Ou as the protagonist in cinematic tellings of his story, first in a blockbuster production and then in a martial arts fantasy:

They framed him perfectly. They forced a good person to seek a prostitute. How could the law let government cars be used privately?

In April 2015, the whole Internet gets on the case

Give the public an explanation. Give Uncle Ou back his innocence 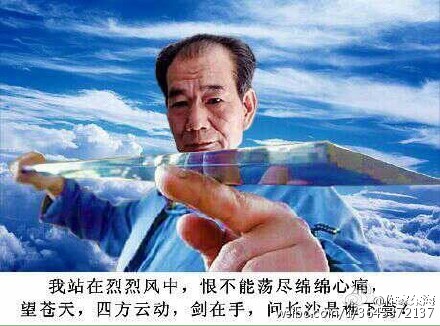 Standing in the gale, I wish I could waft away all the pain
With clouds in the heavens and sword in hand, I ask Changsha: Who trapped me?

Ou’s online supporters bring up the case at any opportunity. Following routine Weibo posts from the Changsha police department about crime and safety measures, hundreds of netizens respond in anger and protest. Selected comments translated by CDT:

Ruoyunruyu (@若云如雨)：When police become like this, they still have the nerve to live. Bah!

Xianzhengfa (@宪政法)：I never thought our country could be this dirty.

@Abgraiel: Everybody don’t blame Officer Chen, he is also just obeying orders. The problem is this lawless government, unconstrained; no one dares constrain it. Society is like a jungle. [Chinese 1, Chinese 2]

CDT Chinese has gathered many more examples of the ongoing public protest against the Changsha police and in defense of Ou Shaokun.