What Did China’s First Daughter Find in America? 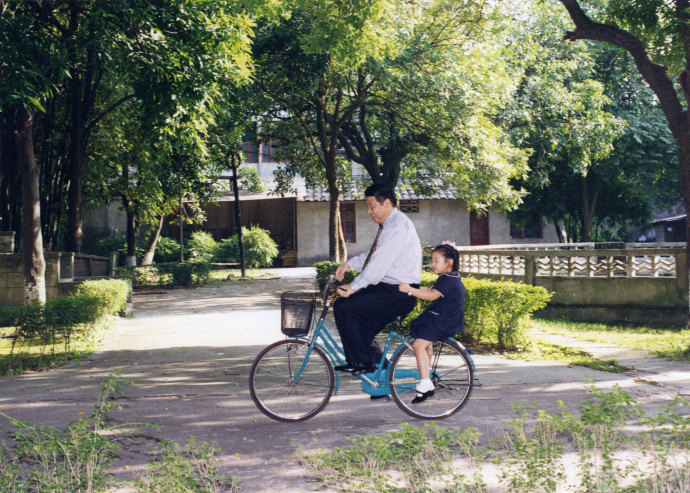 At twenty-two, Xi Mingze has now returned to China; though she makes few public appearances, she joined her parents on a recent trip to Yan’an, the rural region where her father was sent to work during the Cultural Revolution, when he was a teen-ager. In the magazine last week, I profiled Xi Jinping, and noted that he often says that his years in Yan’an, when he was the age that his daughter was at Harvard, made him into who he is as an adult: “Many of the fundamental ideas and qualities I have today were formed in Yan’an.”

[…] In the most thorough look at how studying abroad shapes the views of Chinese returnees, Donglin Han and David Zweig found that those who had lived overseas—in this case, those who had spent time in Canada and Japan—believed more strongly in “coöperative internationalism,” and were slightly less supportive of assertive nationalism, compared to members of the middle class who had never lived abroad. But the authors also noted a remarkable point: “A strikingly significant proportion of returnees support Chinese foreign policy, regardless of ‘whether it is right or wrong.’ ” This may be a result of self-selection (nationalistic students are more likely to return), but it also underscores the magnifying effect of living far away from home. Anyone who has lived overseas probably knows or can recall the temptation to hold fast to national characteristics, partly in contrast with an adopted land and partly out of resentment of foreigners’ criticisms. Cheng Li, of the Brookings Institution, has noted that, contrary to the myth of “democracy by osmosis”—the notion that simply living in the U.S. will make foreigners more congenial to democratic-liberal ideas—many of the most strident nationalist books in China are written by people who have returned from abroad. [Source]

Widespread criticism of China’s government and sympathy for causes like Tibetan independence may make this effect particularly acute for Chinese students. University of Western Australia PhD student Andrew Chubb explored the “contested, contradictory and downright slippery” issue of nationalism among Chinese more generally at the University of Nottingham’s China Policy Institute Blog (via CDT) in February.

Before joining a broad attack on Western influence in education in January, education minister Yuan Guiren once cited the harmless return of students from overseas as evidence that foreign teaching materials posed little threat: “we even sent so many people abroad and they weren’t affected in the nest of capitalism, so why fear they would be affected here?”

In keeping with her very low public profile, Xi Mingze did not appear in official photos from the family’s recent trip to Yan’an. Osnos notes that “less than ten” people at Harvard were aware of her identity, and her name has long been a blocked search term on Sina Weibo.