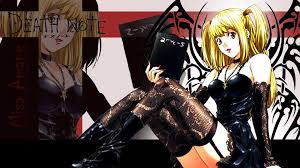 China’s Ministry of Culture has released a blacklist of 38 Japanese cartoons for containing violent and pornographic content, and has also penalized 29 video hosting websites for streaming these animations. This is the latest move in an ongoing drive by the Xi administration to sanitize Internet content, which some critics see as simply a government move to consolidate control over online public opinion. From The Hollywood Reporter’s Clifford Coonan:

“By providing illegal content, these companies violated regulations on Internet cultural management, audio and visual programs and services,” the ministry said in a statement cited by state news agency Xinhua.

The blacklist includes the 2004 Japanese show Terror in Resonance,” a 2014 animated TV series set in a Tokyo after a terrorist attack has destroyed the city, and Death Note, an adaptation of a manga about a high-school student who goes on a secret crusade to eliminate criminals from the world using a notebook with unearthly powers.

Subject to warnings or fines, the violators were also urged to take down the titles in question, the ministry said.

“The list is the result of evaluations by investigators, reviews by the ministry and the opinions of experts. It aims to guide web sites in the proper review and importation of comics and animations,” said Liu Qiang, a senior ministry official. [Source]

While the Global Times reports that “many” of the blacklisted animations are from Japan, all 38 on the list appear to be Japanese. In March, the Ministry of Culture warned that video streaming sites would be investigated for hosting cartoons that “lure minors to delinquency and glamorize violence, pornography, and terrorist activities,” citing Japanese anime series as examples. Following the March announcement, an editorial from Qianzhan (translated by CDT) criticized censors for singling out Japanese series. Coverage from the Japan Times notes opposition from Chinese web-users after the release of the blacklist:

The release of the blacklist provoked passionate opposition from Chinese netizens, who criticized the Ministry of Culture for “censorship” and anti-Japanese bias.

“They should list anti-Japanese dramas,” wrote one person on Chinese micro-blog Weibo, referring to the proliferation of violent dramas about China’s resistance to Japanese invaders during World War II. “They’re gruesome!” [Source]

The Ministry of Culture’s blacklist follows on the heels of the State Council Information Office’s release of the white paper “Progress in China’s Human Rights in 2014.” One of many statistics in this year’s government report was China’s production of 138,469 minutes of cartoon programming, posited as proof that “basic cultural rights [became] better protected” in China last year.

Last year at the Beijing Forum on Literature and Art, Xi Jinping outlined the soft power responsibilities of the nation’s artists, calling on them to spread “Chinese values” with their work.