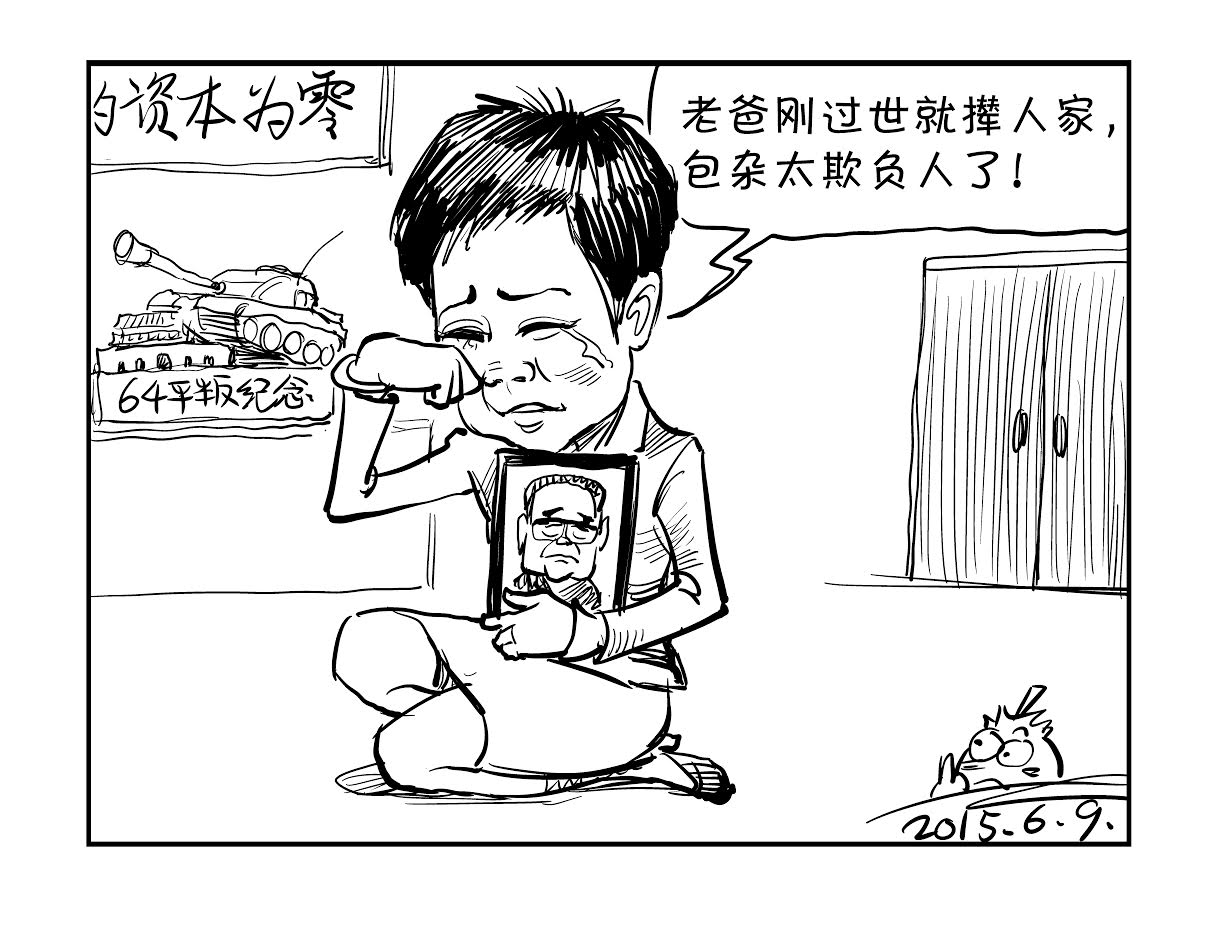 “As soon as Daddy died they kicked me out. That bastard steamed bun!” weeps Li Xiaolin in Rebel Pepper’s cartoon. Li, daughter of former premier Li Peng, has reportedly been transferred from the vice presidency of the China Power Investment Corporation (CPI), where she served for 12 years, to the China Datang Corporation. CPI and State Nuclear Power Technology announced their merger in late May—Caijing reports that Li had hoped to head the resulting State Power Investment Group.

The cartoon Li clutches a framed photo of her father, infamous for declaring martial law during the 1989 pro-democracy protests in Beijing. The overseas Chinese news site Boxun reported on June 1 that Li Peng had died at Beijing’s 301 Military Hospital. The report has not been independently verified.

On the wall behind Li Xiaolin is an image of a tank crushing Tiananmen titled “Commemoration of the Suppression of the Rebellion of June Fourth.” “Suppression of the rebellion” (píngpàn 平叛) plays on the annual call by activists to “redress” (píngfǎn 平反) June Fourth. Above that is a framed quotation from a 2009 interview in which Li Xiaolin claimed that “outside of my own ability, my capital is equivalent to zero.” Netizens took Li to task for this statement, since her father is a powerful Party leader and she herself is given to ostentation. A 2009 Tianya BBS post in response to Li’s pronouncement is titled “Outside of My Own Ability, My Capital Is Zero—But We Simply Lack that Zero.”