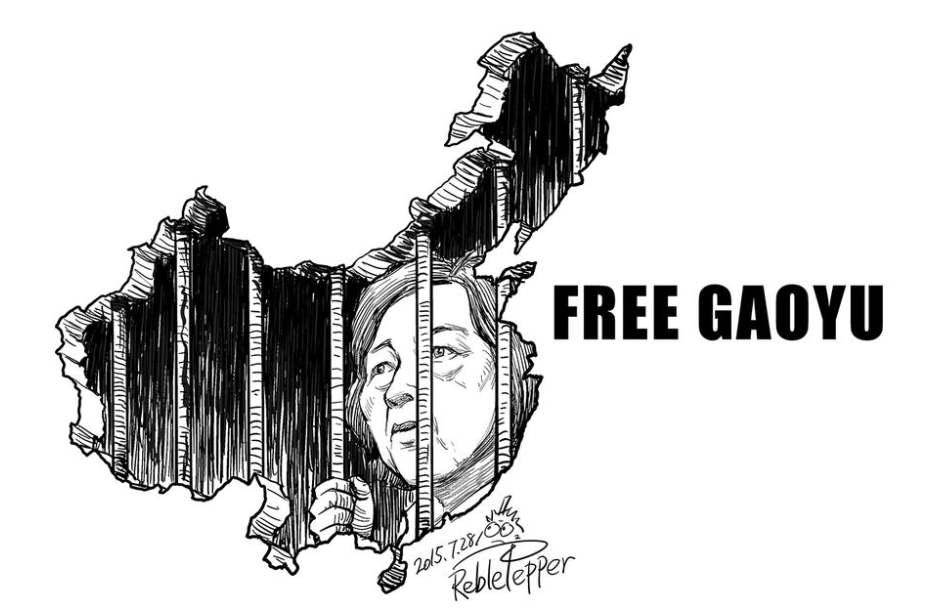 South China Morning Post’s Verna Yu reports deepening fears for the health of imprisoned journalist Gao Yu, following reports last month that she was being denied proper treatment for worsening heart and other conditions. 71-year-old Gao was sentenced to seven years in prison in April for allegedly leaking the internal Party memo “Document No. 9” to foreign media. Authorities are reportedly refusing to release her for medical treatment unless she repeats an earlier televised confession, which she later claimed was forced using threats to her son.

As a condition for her release, Gao had been asked to confess her supposed guilt on television again but she refused, said her lawyer Shang Baojun, who visited her at a police detention centre in Beijing on Tuesday.

[…] A hospital check in recent weeks found there were signs of blockages in Gao Yu’s heart arteries and there were also signs that she had suffered a heart attack some time ago, although it could have happened before she was jailed, Shang said.

The medical check also found abnormal nymph node growth in her neck, although it was yet unclear whether the hard lumps on both sides of her neck were benign or malign. Shang said Gao was “very worried” over her deteriorating health conditions and said: “I don’t want to die here.”

[… Her brother Gao Wei] said she had also been asked to dismiss her lawyers – Shang and Mo Shaoping – but she also refused. [Source]

Gao’s condition recalls the case of Cao Shunli, a rights activist who died in hospital in March last year after authorities initially withheld treatment for her tuberculosis, liver disease, and other conditions. A number of other prisoners and detainees have also been deprived of proper care.

The Foreign Correspondents’ Club, Hong Kong and Reporters Without Borders have both called for Gao’s unconditional release. Cartoonist Rebel Pepper posted his own response to the news:

Updated at 19:05 PDT on Jul 29, 2015: At the Committee to Protect Journalists, Yaqiu Wang reports that others involved in the case are also under pressure:

Zhao [Meng, Gao’s son] and Shang told CPJ that the Chinese government has been exerting pressure directly on the family and Gao’s lawyers. Beijing police today told her brother, Gao Wei, to stop speaking publicly about the case, one day after he spoke with the Hong Kong-based daily South China Morning Post, Zhao said. Police previously warned Gao Wei that if he continues to speak publicly, “This issue can get really big,” according to Zhao. “I am not sure what exactly that means, but they could arrest my uncle next. Isn’t that why I was detained for a month?” Zhao added, referring to how he was arrested alongside his mother in April 2014. Zhao, who was also suspected of leaking state secrets, was released on bail a month later without charge, according to reports.

Shang told CPJ that authorities have told him and Mo many times not to discuss the case with the international press. The most recent warning was last week, when officers from the Beijing Bureau of Justice and police visited Shang and Mo’s law firm in Beijing. When asked if he feels pressure over China’s crackdown on human rights lawyers [see background via CDT], Shang told CPJ: “If all lawyers get scared and decide to quit, who are going to defend people like Gao?” [Source]