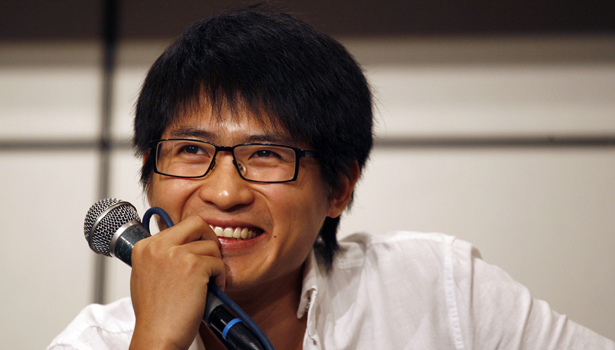 For the Australian Financial Review, Angus Grigg examines the two-year campaign against social media and online expression launched by Xi Jinping soon after he became president. Grigg looks at the impetus for the crackdown and its success in silencing some of China’s most outspoken online writers and commentators, including Han Han, Charles Xue, and other lesser-known writers. He also looks at the impact the campaign has had on the decline of Weibo. Zhan Jiang, a professor of media studies at the Beijing Foreign Studies University, attributes the crackdown to factional infighting within the Party, and calls the current climate, “the worst time for media and internet freedom since the start of the new century.” From Griggs’ report:

It might not have been China’s Arab Spring or a colour revolution, but the rise of internet activism was seen as a significant enough threat to the party for it to take swift and decisive action beginning in September 2013.

“There has been an aggressive and concerted campaign to take back the internet,” says Jeremy Goldkorn, a director of Danwei, a firm which researches markets and media in China. Nearly two years on, the word netizen (wangmin) has all but disappeared from the Chinese lexicon and Weibo, which is less than six years old, has become road kill on the information superhighway.

“Weibo has lost its position as the primary social force in China,” Goldkorn says. “During its peak [in 2012], it was like Facebook and CNN combined.”

With the decline of Weibo, China’s public intellectuals, loudmouths and general troublemakers have also lost their voice. There is no room for them in President Xi’s new China. This suggests the party has won again.

One of the world’s most enduring totalitarian regimes, which Rupert Murdoch predicted would fall with the introduction of satellite television, didn’t just outlive this threat but has also tamed the internet in the age of social media. It has done this mostly through fear. [Source]

Several of those “public intellectuals, loudmouths and general troublemakers” have been detained and sentenced over the past two years in an attempt to silence their activism and transmit a warning to other like-minded Internet users. For the South China Morning Post, Verna Yu provides an update on the case of Wu Gan, a blogger and activist who was critical of alleged wrongdoing by local officials:

Observers said the government wanted to incriminate Wu Gan, 43, an influential online campaigner famed for his loud and colourful protests, to warn other activists not to target and embarrass even low-level officials.

Yan Xin, Wu’s lawyer, said prosecution authorities in Xiamen told him on Friday that they had granted police permission to arrest his client on two criminal charges – “inciting the subversion of state power” and “picking quarrels and provoking trouble”.

The authorities had dropped a charge of defamation, which police had earlier wanted Wu to face, Yan said.

A Xiamen City People’s Procuratorate employee, who answered the phone yesterday, said he was unable to answer press inquiries. [Source]

The crackdown on Internet speech and the media has been carried out alongside a broader clampdown on civil society and activism under Xi Jinping. Other prominent voices imprisoned over the past two years include rights lawyer Pu Zhiqiang and veteran journalist Gao Yu, who is awaiting a ruling on her appeal against a seven-year sentence amid reports of her deteriorating health. Read more on the current situation for civil society in China, via CDT.