Weibo user MeiyouYangXiansheng (@没有羊先生) posted a collection of web comics poking fun at the backlash against critics of the government in China. The two comics translated below caricature exchanges between a disgruntled critic and pro-government online commentators known as fifty centers.

This is Part Two of a four-part miniseries. Read Part One here. 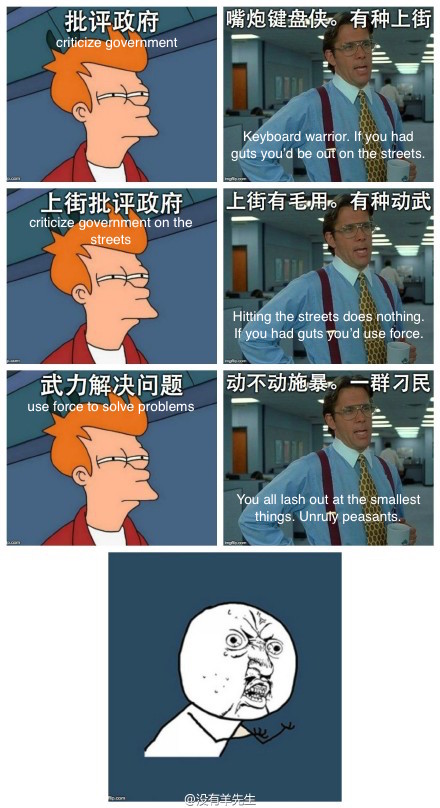