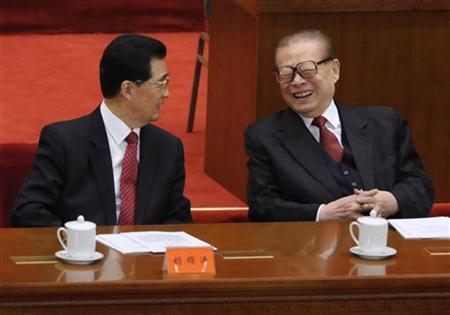 The annual confab of China’s top leadership at the Beidaihe seaside resort is always shrouded in mystery, with few or no details released about who attends or what is discussed. This year, just as many people believed the leadership was gathering, Global Times wrote that “reportedly” the meetings were going to be cancelled in order to, “improve transparency.” Yet others have reported that key Party officials are in fact convening in Beidaihe this week, and that the agenda reflects many of the critical issues facing the Chinese government. From the Economist:

Despite the opacity, there are indications that this year’s Beidaihe summit is unusually important. Normally the meetings start in the second week of August and run for seven days or so. This year they started a week early and may span 13 days, according to reports in overseas Chinese media. Local shop-owners and hoteliers say the police presence seems larger, as do the convoys of black sedans with tinted windows cruising to the guarded villas.

There is plenty to debate this year. Officially, growth is in line with the government’s target of “about 7%”. That is probably a slight embellishment, and in any case the data belie the economy’s fragility. Were it not for an unsustainable boom in financial services, resulting from a stockmarket bubble that has now popped, growth would have been a fair bit lower. Regulators’ hapless rush to rescue the stockmarket has cast doubt on their competence in managing an increasingly complex economy. Meanwhile, the transition from investment-led growth to a consumption-driven model, though welcome, is causing serious pain in parts of the country. In nominal terms, the economy of Shanxi province in the north—the heart of coal country—actually shrank by 4.7% in the first half of the year as energy demand slowed sharply. [Source]

At the New York Times, Didi Kirsten Tatlow reports on rumors—and educated guesswork—surrounding this year’s meeting, in the absence of any official information about why the meetings may have been cancelled or in what capacity they are going ahead:

One of the contending rumors is that President Xi Jinping did not want a meeting this year, so as to not give an opportunity for politicking to “old comrades,” a reference to former President Jiang Zemin and his supporters, who some analysts believe are resisting the anticorruption campaign that Mr. Xi began after he took power in late 2012 and that has shaken Chinese politics to the core.

[…] Here are two major areas that Chinese analysts and well-connected political and business insiders say the Chinese leadership must address:

First, the economy. After nearly three years of po, or “breaking” special interests with an anticorruption campaign that has led to the dismissal or arrest of thousands of “tigers and flies,” meaning both senior and junior officials, Mr. Xi needs to be seen as generating li, or acting constructively to produce benefits.

[…] Second, personnel. For Mr. Xi to be truly effective at a time when the political stakes are especially high, he needs to place more supporters in positions of power. [Source]

Lending credence to the first rumor, People’s Daily issued an editorial lambasting former officials who try to exert influence behind the scenes. From The Japan Times:

“Some leaders not only installed their cronies (in key positions) to create conditions for them to wield influence in future, but also wanted to intervene in the major issues of the organization they formerly worked for, even many years after they retired,” it said.

Such actions made new leaders feel that their “hands and feet” were fettered by having to work within “unnecessary concerns,” it added.

They “also has made some organizations . . . split up into groups and become demoralized . . . undermining the party’s cohesion and capabilities,” said the commentary, written by Gu Bochong. [Source]

Some observers believe Xi Jinping is targeting allies of Jiang Zemin in his anti-corruption campaign, as several of the top officials who have been investigated or jailed rose to power under the patronage of Jiang, including Zhou Yongkang, Guo Boxiong, and Xu Caihou. Jiang is reported to have played an influential behind-the-scenes role during the administration of Hu Jintao. While Jiang is said to have given the go-ahead on the investigation of Zhou Yongkang, last year media reported that Jiang and Hu had asked Xi to rein in his anti-corruption campaign, advice he clearly ignored.